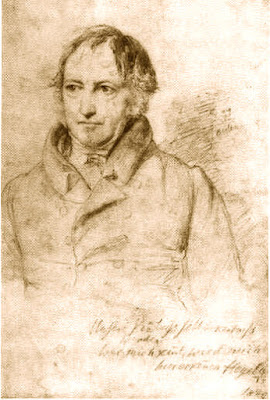 We have read and heard much about the "Francis Effect" over the past two and a half years. I propose that a more accurate reading would be the "Hegelian Effect".

The "gaystream" Catholic media is reacting in this manner:

Hegel is definitely coming out of the Church leaders in Germany, Austria. They put God in history, and now are forcing us to genuflect to whatever is current thinking (such as same sex marriage is good) because that is God working! Goodbye Natural Law. No more Theology of the Body. This is pantheism. (I even read this from Janet Smith, the Virgin Spinster Phd famous for speaking against contraception. She said we can't use Natural Law and Theology of the Body any more to explain life to people who self identify as homosexual. We have to use experience! i.e. only ex-gays can speak to gays. Yet people actively involved in the lifestyle hate people who have left it!)

So in the minds of these liberal cardinals, God approves same-sex unions because current thinking does. I think sin has been eliminated...

Regarding Francis. He speaks with the mind of the Church to the Church. He has said he doesn't believe in leading with the Church's true position on abortion/contraception/homosexuality when trying to evangelize the world. Really, I did door to door evangelization for 30 years, and I didn't pound on the door and inform Mormons they were pagan polytheists. I told them how I worked with many pro-life Mormons at the UN, in other words I looked for common ground to establish a link of friendship by which I might give them a peak into the beauties of Catholicism or more if they'd let me. So I think you need to distinguish between our solidly Catholic pope and our evangelizing pope. My goodness. Whether they understand him or not, his approval ratings in the U.S. are sky high. The opportunity now for evangelization by the laity in the U.S. are stupendous! But they are too busy being angry because Francis didn't condemn Planned Parenthood in no uncertain terms. He did condemn abortion, but that's not good enough. Lawrence and I were laughing at God because He forgot to consult these more Catholic than the Pope Catholics before choosing Francis to be pope. LOL God chuckled too. God bless you. Susan Fox www.christsfaithfulwitness.com