States must be secular. Confessional states end badly. That goes against the grain of History. I believe that a version of laicity accompanied by a solid law guaranteeing religious freedom offers a framework for going forward. We are all equal as sons (and daughters) of God and with our personal dignity. However, everyone must have the freedom to externalize his or her own faith*. If a Muslim woman wishes to wear a veil, she must be able to do so. Similarly, if a Catholic wishes to wear a cross. People must be free to profess their faith* at the heart of their own culture not merely at its margins.

It would be a grave error, on the other hand, to say that Christ has no authority whatever in civil affairs, since, by virtue of the absolute empire over all creatures committed to him by the Father, all things are in his power... If We ordain that the whole Catholic world shall revere Christ as King, We shall minister to the need of the present day, and at the same time provide an excellent remedy for the plague which now infects society. We refer to the plague of anti-clericalism, its errors and impious activities. This evil spirit, as you are well aware, Venerable Brethren, has not come into being in one day; it has long lurked beneath the surface. The empire of Christ over all nations was rejected. The right which the Church has from Christ himself, to teach mankind, to make laws, to govern peoples in all that pertains to their eternal salvation, that right was denied. Then gradually the religion of Christ came to be likened to false religions and to be placed ignominiously on the same level with them.

The Catechism of the Catholic Church on Faith:

* To the contrary, Faith is a supernatural virtue; thus, a false religion is not a faith; be it, a form of Protestantism or Mohommedanism.

153. When St. Peter confessed that Jesus is the Christ, the Son of the living God, Jesus declared to him that this revelation did not come "from flesh and blood", but from "my Father who is in heaven". 24 Faith is a gift of God, a supernatural virtue infused by him. "Before this faith can be exercised, man must have the grace of God to move and assist him; he must have the interior helps of the Holy Spirit, who moves the heart and converts it to God, who opens the eyes of the mind and 'makes it easy for all to accept and believe the truth.'" 25
Posted by Barona at 21:39 3 comments: 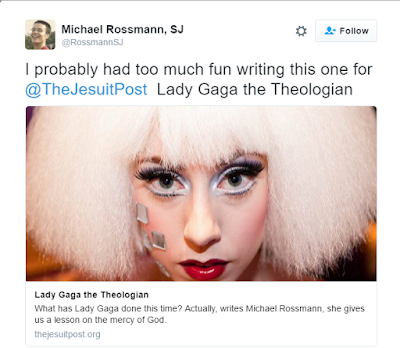 
Now, we have effeminate Michael Rossmann S.J., promoting a "singer" by name of "Lady Gaga", as a "theologian". The insulting result of his aforementioned premise is that Rossmann's condescending notion that "he probably too much fun" while writing this post gives the appearance of admitting something sinful, perhaps? Certainly at the very least, it is in poor taste. Upon examining Rossmann's mental excrement one discovers that the aforementioned "Gaga" is associated with the dissident Fr. Duffell who seem to have just stepped out a St. Patrick's Day Parade.
Posted by Barona at 22:13 3 comments:

The Hegelian Fantasy of Thomas Rosica, CSB ~ how a new apostate religion is created by trying to fuse truth and error

Thomas Rosica CSB, has just received an award from a self-proclaimed "communications ministry" office of the Diocese of Brooklyn. Rosica claims that "Francis has rebranded Catholicism". What does he mean? Rosica, further  develops an Hegelian dialectic where he suggests that contrasting positions [theses and antithesis] are "forged" in a "new, better consensus" [synthesis]. Just what are these "contrasting positions" that need to be forged via a "consensus"?

The inability of some media commentators to pigeonhole Francis into a single category is frustrating to some people. Francis does not compromise on the hot-button issues that divide the Church from the secular West – a gap that liberals would like to close by modernizing doctrine. Yet he is also not a Pope for the Catholic Right. For him contrasting positions, held together in tension, loyal to fundamentals but open to the action of the Holy Spirit, are necessary to forge a new, better consensus and the differences make for an honest, open discussion.
The full text may be read here.
Posted by Barona at 18:44 2 comments: 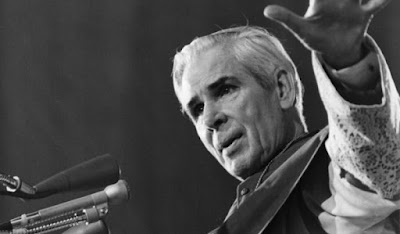 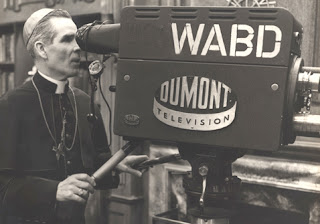 Why is the Grand Master of the Italian Grand Orient praising Cardinal Ravasi? 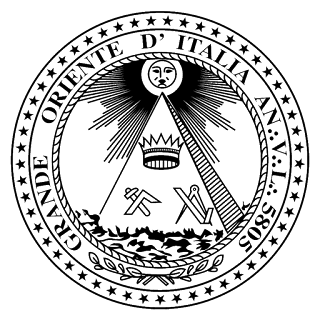 The Grand Master of the Italian Grand Orient, Stefano Bisi, has some very interesting words to say regarding the "dialogue" between the Catholic Church as exemplified by Gianfranco Cardinal Ravasi of the Pontifical Council for Culture, and Freemasonry. Any further commentary is superfluous. 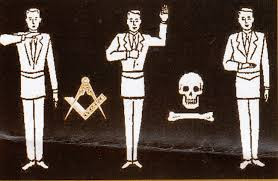 Our translation of the original:

We are not a Religion, nor a Church, nor do we wish to become one. We are a great institution, the Church seems to look at us, today, without preconditions. How can we not rejoice that Cardinal Gianfranco Ravasi wrote the dialogue with the Freemasons, the shared values, which confront overcoming the obtuse closures and abandoning prejudices and accusations from the past. I wrote back to the Cardinal, stating how important is his reflection. We hope for the establishment of a fruitful dialogue, which is for us Freemasons, the basis for a fair, peaceful, civil and necessary cohabitation.

I am becoming more and more convinced that the Cardinal showed great courage in reflecting without prejudices about Freemasonry. We will not give up our identity and our refusal of dogmas, yet I think we need to show the same courage trying to find a way of dialogue with forces working  for the Common Good. Freemasonry is not against Church, it respects all Religions and the creed of its members.
Posted by Marcellina at 17:03 1 comment:

Ascension of the Lord ~ Traditional Latin Mass for the Toronto area 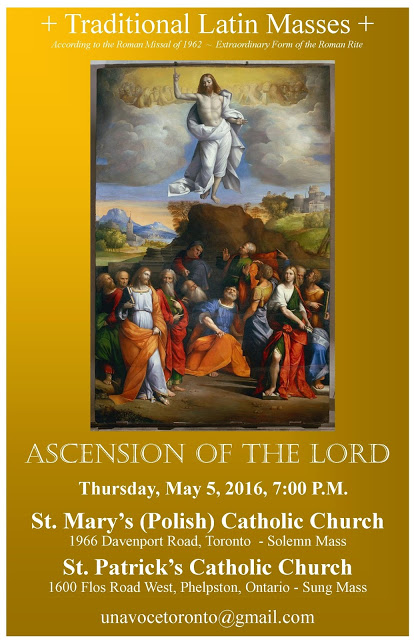