Why is the Holy See ashamed to mention Our Lord Jesus Christ when it comes to the Terror attack on Paris? 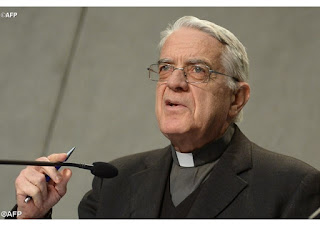 Twenty-four hours have passed since the Moslem fanatics unleashed their hatred on Paris. We have had messages from the Pope, from the Secretary of State and from Fr. Frederico Lombardi. Not ONE of these messages contain the Holy Name of Jesus, not one of these messages mention Our Lord Jesus Christ at all.

There is no hint of the only Name under Heaven by which we are saved. There is no other. One is not saved as a Jew, a Mohommedan, a Hindu and so on. If, these non-Christians are saved, they are saved in spite of their belonging to a false religion. Lives were snuffed out yesterday. Did they have time to repent? Thousands more may yet be exterminated: is there any sense of urgency on the part of the Holy See to proclaim Jesus Christ the one Mediator between God and man? The only Path of Salvation?

St. Thomas Aquinas in his 6th Lecture on the Gospel of St. John is emphatic: "1239 After showing that the Jews had a certain spiritual origin, and after rejecting the origin they presumed they had, our Lord here gives their true origin, ascribing their fatherhood to the devil. First, he makes his statement; secondly, he gives its reason; and thirdly, he explains this reason". Indeed, the entirety of St. John's Gospel is a powerful denunciation of religious indifferentism.

The indifferentist messages, the telegrams conveyed so far, could have been composed by a deist. Our Blessed Lord has been left to one side, of no account. In doing so, these blaspheming malefactors call down upon themselves the wrath of God; for these men who are the priests of Jesus Christ are ashamed to proclaim Him.

Why are they ashamed? Are they afraid of offending someone? Who? Jews? Moslems? Agnostics or atheists? Seemingly, according to these spiritual cowards,  it is permissible to offend God out of a misguided sense of not wishing to offend anyone - inspired by false religious liberty, which is not Catholic. But by placing man ahead of God, they profess shame in proclaiming Jesus Christ, and He, for His part will be ashamed of them before His Father. In doing so, they have sinned for the justice owed to Jews and Mohommedans in not proclaiming the liberating power of Our Lord Jesus Christ who wishes these men to convert and be saved. How horrible for a priest not to want to preach Christ and Him Crucified! 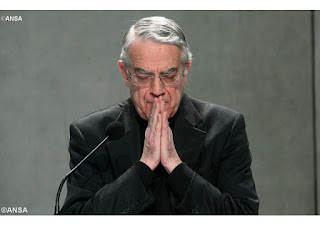 These cowards disguised as priests do not preach Jesus Christ but the heresy of religious indifference that is the greatest blasphemy.