Paris Terror Attack: Archbishop Gądecki's Letter to the Archbishop of Paris: "Jesus Christ said 'Peace I leave with you; my peace I give you...'" 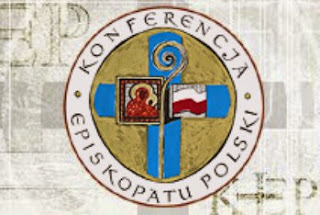 His Grace Archbishop Stanisław Gądecki, on behalf of the Polish Episcopate and Nation  has sent a letter of condolences to the Archbishop of Paris regarding the Islamic Terror Attack on Paris. Archbishop Gądecki places the focus where it should always be: on the Prince of Peace, Our Lord Jesus Christ.

The Archbishop of Paris,

In the name of the Catholic Church in Poland I expresses my condolences and assure you of our solidarity with the victims of yesterday's terrorist attacks in Paris. In particular, we join in the pain of the families of those murdered and wounded and all those who painfully experiencing this tragedy.

Jesus Christ said: "Peace I leave with you; my peace I give to you. Not as the world gives do I give to you. Let not your heart be troubled or afraid "(Jn 14:27). During this tragic situation I recall the words of Jesus, that offers encouragement to the hearts of the French to not be troubled, to not let themselves be intimidated and overcome by evil, but rather that they would be capable of overcoming evil with good (cf. Rom. 12:21).

Polish bishops, priests, those in consecrated life and Catholics in Poland have come together in prayer that France may enjoy lasting peace and security for her citizens. We pray that such attacks never happen again, which are against the universal law of God and the commandment of love of God and neighbor.

United in your suffering,

Email ThisBlogThis!Share to TwitterShare to FacebookShare to Pinterest
Labels: The Persecuted Church, War and Peace

A possible news tip for your writers. If you attend a parish in Toronto, you were probably given an envelope for "Humanitarian Relief- Refugees." The archdiocese is evidently joining in on Trudeau's commitment to bring thousands of Syrians - presumably all or most of them Muslim - to Canada. It behooves us to ask - who are these "refugees" the archdiocese is raising money for? Are they helping to import ISIS sympathizers into this country? Is the program meant to assist Syrian Christians who need refuge from Islam? If not, why not?