Benedict XVI is healthy and full of energy ~ according to Archbishop Gänswein ~ so why did he REALLY resign? 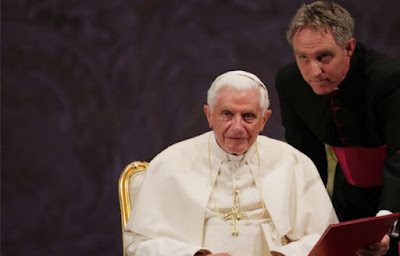 Benedict XVI is in excellent health - this, according to an interview granted to Vatican Radio by Archbishop Georg Gänswein - as reported by Niedziela, a Catholic newspaper, published by the Archdiocese of Czesztochowa. 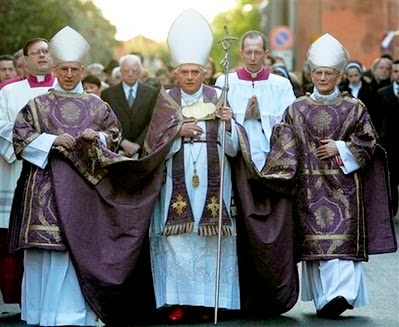 So there we have it: Benedict XVI is healthy, energetic for a man in his late 80s. Once again: why did Pope Benedict resign? We now know it was not health reasons, so what was it? What was the real reason for his resignation? Archbishop Jan Pawel Lenga is on record as as stating it is hard to believe that Benedict resigned completely due to free will. 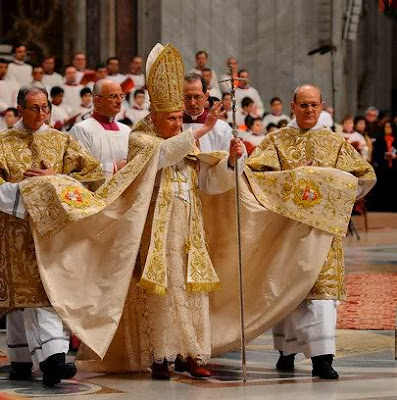 From Niedziela: (translation Toronto Catholic Witness. You may use freely, but must credit us).


Benedict XVI feels psychologically very well and is full of energy! He is closely watching what is happening in the Vatican, as well as German politics - he assured the Archbishop Georg Gänswein in an interview with Radio Vatican. The Prefect of the Papal Household and private secretary of the senior Pope pointed due to advanced age and weakened physical strength, therefore a walker is used.

Gänswein Archbishop stressed that Benedict XVI is interested in the German political scene, and with all his heart still feels and remains a Bavarian, and "with his Bavarian heart monitors political developments at home".

The private secretary of the senior Pope pointed out that he conducts extensive personal correspondence, but no longer wishes to write scholarly work.

Pope Ratzinger since his resignation from the papal office in 2013 lives in the monastery "Mater Ecclesiae" at the Vatican Gardens. 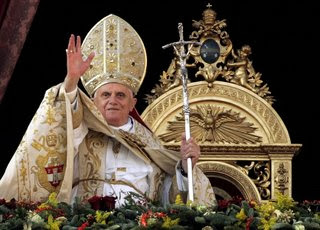 So is there a chance he can come back as Pope? Hello? Hello? Is anybody there?

Hello, Is anybody there? You've just properly asked a question as to your own inability to comprehend the meaning of he article. If he resigned not as a free act, then he did not canonically resign. And therefore, just as the canons UDG 81 and others passed by St John Paul II were violated by the faction that spearheaded Bergoglio's election, with the concurent sentence of invalidity and excommunication imposed immediately, then under canon law Benedict is still Pope. And Francis, Kasper, Daneels, Merphy-O'Connor, Baldiserri, and Bruno Forte are all excommunicated, according to UDG by John Paul II. Therefore, Bishops with moral courage like Burke, Schneider, Gadecki, the Thirteen Cardinals et al, should meet to depose Bergoglio and with Benedict ascertain and determine either Benedict remains as Pope or a new conclave elect a VALID Pope. See the author of the blog article is at home and you are not!

I guess he didn't have the stomach to fight anymore.

If he resigned against his will, then there's conspiracy, then he is still the true Pope, then some heads must be excommunicated,then the church needs total cleansing and healing as the dirt and wound must be so huge already.

I'm going to take his word for it:

Look, is there's any doubt that Pope Benedict was strong-armed into an invalid resignation, he'd say something? I have read several of his works. I think he has a strong faith. If someone were trying to do something really underhanded, he'd risk his life for the integrity of the Church.

He might *look* okay, but he seems to me like he's aged quite a bit. I suspect he wanted to avoid a situation like the end of Pope John Paul's pontificate where he lingered and nobody was really in charge.

Fight what? Ratzinger was a suit and tie wearing modernist at Vatican II. You conservative Novus Ordites really need to wake up.

Because a true German knows we are still living a humongous lie, since the century passed...

Isuspect he did not want to be known as a destroyer of the Church. The new pope had no such qualms. Interestingly, 'pope' Francis tripped up the stairs and fell over at St.Peters the other day. Unworthy?

I think he watched Pope John Paul II struggle heroically to steer the church while he had Parkinson's Disease and didn't want to do the same thing himself. Let him rest and write letters. God is waiting for him. God bless you. Susan Fox

I think it was quite clear to observers at the time of Benedict XVI's resignation that he was physically exhausted. I doubt he would had lived long had he not relinquished the exercise of the papacy. Thankfully, after a period of rest, we have a pope emeritus to stable the barque of Peter.