Antonio Spadaro S.J. logically would have to favour Holy Communion for practicing homosexuals, rapists and murderers 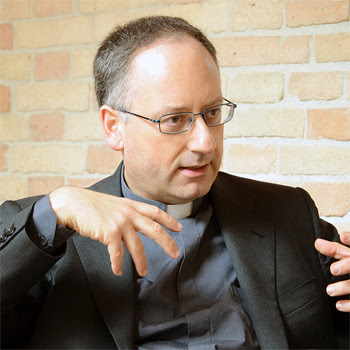 Antonio Spadaro S.J., Editor of La Civilta Cattolica argued in the upcoming November 28th, 2015 edition for the admission of adulterers - public sinners - to Holy Communion. His pretext? They must be in "ecclesial communion", and the only manner to accomplish this is Holy Communion. A review of this filthy, heretical essay may be studied over at our friend,  Vox Cantoris. 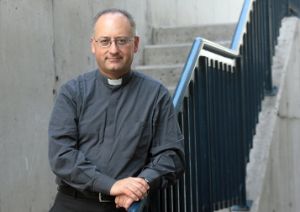 The above opens wide the door to NOT ONLY adulterers, but every grave sinner imaginable. Adulterers are unrepentant, and habitual sinners. Take note: unrepentant. Now the logic of Spadaro can be applied to any unrepentant public sinner who wishes "ecclesial communion".  So the door opens wide to: e.g. practicing homosexuals (indeed leading Prelates argued for this and more at the recent synod), fornicators, mastubators, pedophiles.... and why not murderers? Or abortionists and so on. I do hope Fr. Spadaro - as he reaches out to peripheries - does not forget to include rapists on the list. One cannot argue that it is possible to receive Holy Communion when guilty of one grave sin, but not another another without falling into contradiction and illogic. 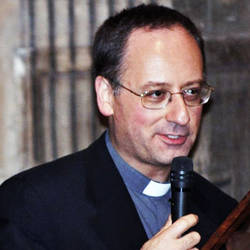 Now how does Sadaro then proceed to smudge and confuse the issues? To bring up the "internal forum" or course. Conveniently forgetting that the moment he brings it up, it is no longer internal, but external. But what does that matter? We must give Holy Communion to adulterers! That, according to this vile wretch, this heretic, this malefactor is the prime issue pressing the Church. Heresy, apostasy, schism abounds: the Spadaro solution: add more heresy!


Also to be noted is the fact that there is no longer any mention of “spiritual communion” as an alternative path to the sacrament, as there had been until the extraordinary synod. The way of discernment and of the “internal forum” exposes one to the possibility of arbitrary decisions, of course, but “laissez-faire” has never been a criterion for rejecting good pastoral accompaniment. It will always be the pastor’s duty to find a way that corresponds to the truth and life of the persons he accompanies, perhaps without being able to explain to everyone why they should make one decision rather than another. The Church is sacrament of salvation. There are many pathways and many dimensions to be explored for the sake of the “salus animarum.” Concerning access to the sacraments, the ordinary synod has therefore effectively laid the foundations, opening a door that at the previous synod had instead remained closed. On the contrary, one year ago it had not even been possible to certify by qualified majority the debate on the issue, which had in fact taken place. Therefore one may rightly speak of a new step.
Posted by Barona at 19:17

Until the Pope speaks nothing is decided yet. So they continue to take advantage of his silence. Susan Fox www.christsfaithfulwitness.com