Bishop Athanasius Schneider: "Freemasonry is one of the most powerful influences at all levels of human society..." 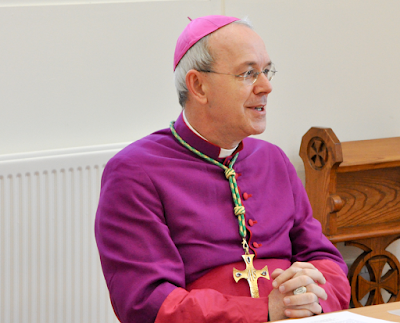 Bishop Athanasius Schneider in a wide ranging interview addresses many problems that beset the Church today.

Specifically, on the issue of Freemasonry, the Bishop warned of its baneful influence. As I have noted before, the most dangerous enemy of the Church is not the churchman who wears the apron, but the churchman who speaks and thinks like a Mason without being a formal "brother". For example, I have asked serious questions about Cardinal Gianfranco Ravasi, his strange tweets, his bizarre preoccupations; I have questioned the strangest statements before the UN by churchmen who absolutely refuse to mention the name of Our Lord Jesus Christ. All these speeches that could have been composed by a  Freemason. Vox Cantoris has documented very grave questions about masonic infiltration and corruption in the Church. 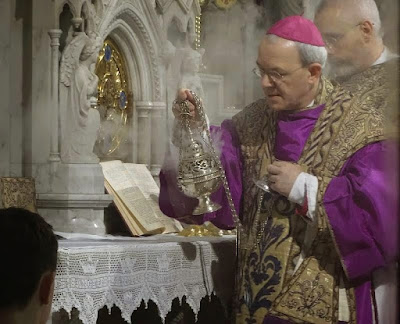 Question: In 2013 on his return flight from Rio de Janeiro, Pope Francis made reference to a Masonic lobby. Recently, Cardinal Ravasi, in the Italian paper Il Sole 24 Ore, called for new dialogue and shared values with Freemasonry. Has Masonry won in the Church?
Bishop Schneider: Of course we know that Freemasonry is one of the most powerful influences at all levels of human society. This is manifest and clear. Theoretically, when one is a supporter, a leader in a very influential anti-Christian organisation, there is the tendency to infiltrate the organisation which is your enemy, it is very logical. So it is logical, over many centuries, that they would have tried and probably succeeded to infiltrate themselves into various levels of the Church – this is clear to me.
It is difficult to demonstrate concretely, to identify, who is a member. It is very difficult and dangerous, because someone may be accused of being a member, then it is proved the person is not a formally a member. It’s because of the secrecy and esotericism of Freemasonry that makes it very difficult.
One can assume that a cleric, a priest, bishop, or cardinal, has some connections with the masons by his speech. We hear clerics speaking like Freemasons, clearly, when they open their mouths, they use terms and concepts that are typically masonic. He could be a member, but you have to prove it, but at least when he speaks he has the spirit of the Freemason, maybe he is not a formal member, but some bishops and cardinals speak clearly with a Masonic spirit. I stress this does not mean they are formally members of the Freemasons.
Posted by Barona at 14:22

Email ThisBlogThis!Share to TwitterShare to FacebookShare to Pinterest
Labels: Bishops, Crisis in the Church, The Persecuted Church

Bishop Schneider is a gift of God to the Church. Long may he live. Freemasonry is a very underestimated threat and we ought to pay attention.

There is a short list of bishops I'd love to see as pope, He is among the foremost papabili of my dreams. Christ have mercy on your Church.