Archbishop Gadecki: "The churches in Germany are empty. Perhaps that is why the Cardinals are proposing Communion for the Remarried"? 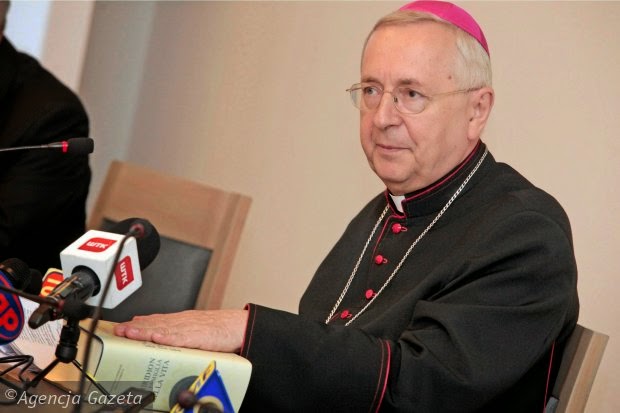 On October 27, at a press conference in Poland, given by His Grace, Stanislaw Gadecki, President of the Polish Episcopal Conference, the following should be noted:

The main agitating force for Communion for the divorced and civilly remarried are German Cardinals and bishops.

"It is certain that the German Cardinals are the driving engine. For twenty years, Cardinal Kasper has raised this issue. Cardinal Marx has also attached himself to this. Two thirds of the German episcopate are on their side".

According to the Archbishop, when the vote was taken at the synod, the Germans were joined by the South Americans.

He added the Pope "avoided taking a position on either the old or new solution, he just express trust that the Holy Spirit will not leave the Church".

How about getting back to preaching the TRUTH. God doesn't change...he is the same yesterday, today and tomorrow. People haven't changed since the garden we are still trying to hide our sin with a fig leaf. Watering down GOD'S WORD and playing politics have driven people from the Church...they are not properly catechized and the shepherds are leaving the flock for the wolves to ravage.

Theology never change but more detailed interpretation emanated from discussions on the words of our Lord Jesus , and is relevant for the contemporary world. Blaming German Bishop for supporting communion to remarried and divorced people is not tenable. The love , grace and sacrifice of Jesus Christ should be understood with proper perspective. Paul says all have become sinners and we live by not our righteousness but by the righteousness of Jesus Christ . When other sinners enjoy the privilege of participating in the communion , why not these divorced and remarried couple. They should also be given the privilege of participating in the communion. Jesus is the same forever ,and His grace is sufficient for all. So , the divorced and remarried couples should also be given the privilege of joining the communion. I join with German Bishops though the German Churches are empty .

Tie the push for re-admitting the divorced and re-married to communion to the fact that 140,000 German Catholics have de-registered with the church in the last few years to avoid paying 9% of their income in tax to the church, and what do you get? Motive, that's what.