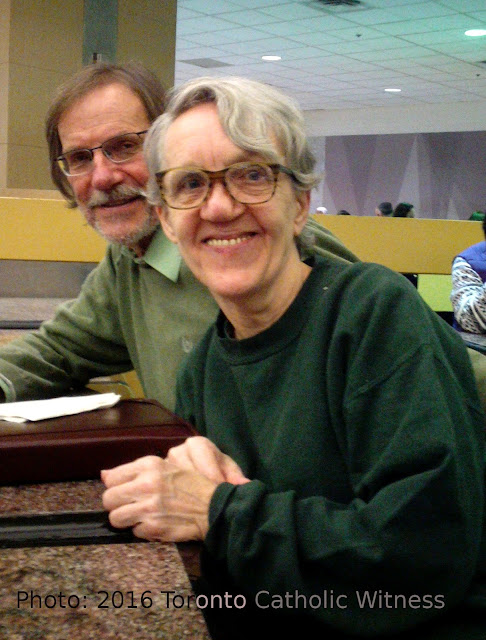 Today, at the College Park Courts, in Toronto, at 11:37 a.m, Linda Gibbons walked free from the courthouse, surrounded by twelve supporters.

Linda was found guilty of violating the abortion bubble zone law "without lawful excuse". Justice Mavin Wong sentenced her to six months. However, as Linda had already served 141 days without taking bail, she had, in effect, served 211 days. As such, she was released with "time served".

Linda was fined $100, imposed by Wong as a "victim impact" fine. After an intervention from Mr. Dan Santoro, her attorney, it was reduced to $5.

Linda is now home, resting and thankful to all those who visited her, prayed for her and her intentions.

Please continue to keep Mary Wagner in your prayers, as she awaits trial on March 10th.
Posted by Barona at 20:57

Keeping both Linda and Mary in prayer! Thank God for the witness of these saintly women.