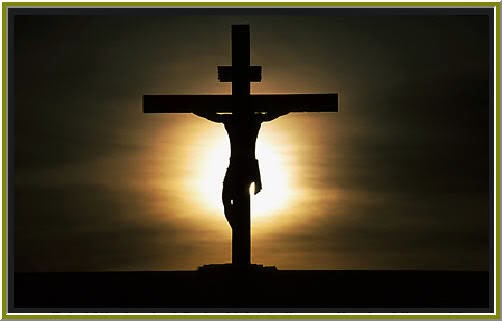 Our Holy Father Francis declared today the twenty-one murdered men of North Africa "martyrs". We can expect more. Not only there, but in our own countries; certainly "dry" martyrdom already exists.... News reports indicate these new saints cried out the holy name of "Jesus" before their deaths. These men did not die in vain, they are now interceding before Our Father in Heaven. Their deaths are also temporarily holding back the Hand of God who is preparing to unleash a terrible punishment on this sinful world. And the world has never been more evil in all of history. All of the four sins that cry to Heaven for Vengeance are "legal" and considered not only a "human right", but even a virtue". Be prepared.

Hate and rage is not the answer to these evil men. We need to evangelize these poor devils. St. Francis himself confronted Islam, and preached the Gospel before them. So astonished they were that they could not kill him. Indeed, what does our holy Faith teach us about our "enemy"?

From our Holy Father:

Pope Francis on Monday denounced the murder of 21 Coptic Christians by ISIL militants in Libya. The Islamist terrorist organization released a video of the killings on Sunday.


Speaking in Spanish to an ecumenical delegation from the Church of Scotland, the Holy Father noted those killed only said “Jesus help me.”
“They were murdered just for the fact they were Christians,” Pope Francis said.
“The blood of our Christian brothers is a witness that cries out,” said the Pope.  “If they are Catholic, Orthodox, Copts, Lutherans, it is not important: They are Christians. The blood is the same: It is the blood which confesses Christ.''
Pope Francis said that in remembering “these brothers who have been killed simply for confessing Christ,” Christians should encourage one another in the ecumenical goal, noting the “ecumenism of blood.”
“The martyrs are from all the Christians,” he said.
Posted by Barona at 07:26

They cannot be considered by the Catholic Church as martyrs as they were not Catholic.