BREAKING NEWS from POLAND: Archbishop Henryk Hoser: "The Church has betrayed John Paul II...they did not follow his voice, they did not acquaint themselves with his teaching"

[Note: All may use the following translation, in whatever medium, but you must credit Toronto Catholic Witness. Thank-you.]

Today's Niedziela, from Poland, carries an interview with Archbishop Henryk Hoser of Warsaw-Praga, about the recent acts of treachery against Our Lord, His Church and our recently sainted Pope, St. Pope John Paul II. These acts of treachery were committed by an assortment of innovators at last October's Synod of the Family. These innovators have not been idle, and neither have the defenders of the truth about the sanctity of holy matrimony. I predicted to a friend recently that the upcoming Synod will be an ugly confrontation, that (for example) the Polish Episcopate will never surrender to the innovators. We now have conclusive evidence that this is true. When an archbishop has to publicly proclaim that a canonized saint Pope has been betrayed, then we can see the depth of the rebellion, and the "filth" (c.f. Pope Benedict XVI's address, 2005) that has infiltrated the Mystical Body of Christ.

Key highlights from Archbishop Hoser, which I have translated, include:


On the delegates who seek to overturn the doctrine of the Church:

At the Synod there will be a confrontation with delegates from countries where there is already a majority of pathological families - broken families, patchwork families, with only a small percentage of unbroken marriages - and the demand for the provision of Holy Communion for the divorced. In this lies an erroneous assumption, the postulate that God's mercy is without justice, when you must begin by saying that married and family life must be founded in justice, which as a whole is not taken into account....

On the influence of the media on sexuality: 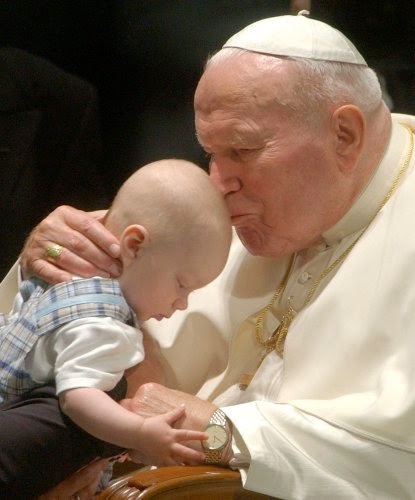 ...All personal relationships are eroticized, and this is an extremely dangerous phenomenon. Sexualization of friendship has destroyed male and female friendship...the texts of various theorists of this trend [genderism] proves that the world is ruled by sexual satisfaction...

...Genderism is not a struggle for equality between women and men: it is a fight with all constitutive social structures, referred to as stereotypes; in the first place with the "traditional family." It has created a society of independent individuals. A society both asexual and pansexual.

The church is a prophetic voice in this world. This is not to be understood as some sort of soothsayer forecasting the future. The function of the prophet is the attitude of the consequence of enlightening the situation form God's perspective, reading the sign of the times. 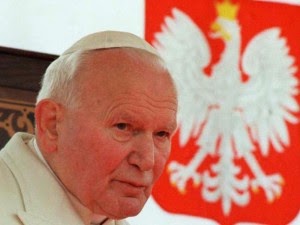 It is a thesis [theory] to which I subscribe because 40 years of my priesthood has been devoted to marriage and the family, during which time I promoted the theme of "the evangelization of marital intimacy".  In Poland it is and was better in this respect.

In many other countries, due to the contestation to the teachings of the Church, as expressed by Blessed Paul VI, the pastoral care of families was stopped.


The pastoral practice also betrayed Pope John Paul II because they did not follow his voice, they did not acquaint themselves with his teachings.  Everyone says that it is difficult, even pastors and lay people often say, the Church documents are too difficult, that "we do not understand them."

His Wednesday catechesis on "Male and female he created them" obviously were difficult, you need to focus, because his reasoning was woven threads and not linearly developed, but floated through the subsequent sections to the number of 129, expressed over four years, to come to conclusions and final conclusions.

There are now numerous accessible publications on the teachings of the Pope about love, marriage and family.

All indications seem that the Pope's extraordinary Exhortation, "Familiaris Consortio" was not implemented. The Pope formulated four tasks for the family. He asked his brothers to share [exchange] them. The pastors did not share, because they did not not read it, or they did not remember. But the faithful to accomplish something must know specifics...
Posted by Barona at 17:31

That's why I was happy when those rascal cardinals from Germany tried to take over the Synod on the Family. They had the same thinking as our church leaders in the United States, and I was glad, glad glad to see it openly discussed and ridiculed! It deserves ridicule! There can be no communion for divorced/remarried Catholics without an annulment or separation! Homosexuality is anti-trinitarian. God in Himself is fruitful in another Person, the Son, and the Holy Spirit is the breath between the TWO. God is infinite. Man is finite. Man generates man in his finite body, which according to Pope Saint John Paul II is male AND female. Man IS NOT male. He is male and female and in that human body in marriage, the two become one, and they generate a new man. Homosexuality is anti-trinitarian. So is contraception. So is divorce. May the Church finally wake up and learn what that great pope said! Susan Fox www.christsfaithfulwitness.com

I submit that they betrayed his economic teaching too. When communism was defeated, they had an opportunity to build a culture of life but instead they are debt ridden and can't afford to have large families. I wouldn't say Poland is alone in that betrayal though.

There is no evidence that "the rascal cardinals from Germany tried to take over the Synod on the Family." The entire thing appears to have been preplanned from the very beginning, with the Germans just playing their part. The problem is that the present pope is part of the cabal that wants to overthrow Catholic practice and ignore the teaching of Pope Saint John Paul II.

I hope the Polish bishops and others raise an uproar. - DJR

Hold on. Pope John Paul II also betrayed the Church by Assisi I and II, amongst many other examples.

His worst offense was in appointing all these wolves in shepherd's clothing we have now.

For those who think JPII was a conservative, search the net for this article:

On a related note, also search for this by the same author:

The Oath Against Modernism vs. the "Hermeneutic of Continuity"

My thoughts are they should rushed with his elevation to Sainthood.....JPII turned his back on the persecuted of the Church - the sexual victims of his priests. JPII was a great man but he was closing the door to the Holy Spirit....Praise God for Francis....a breath of fresh air.

Great post. . .to all of the commenters here: LaSalette! We are living the message.

Reverting to the Church in the in the 1980's was a confusing venture. There were so many different versions of what the Church was teaching from clergy, catechisms and "faithful" Catholics that it could take a year or more to sort through them and decide who had the truth. The Catechism of the Catholic Church was a great asset,unfortunately with the Synod idea of giving local Bishop's conferences more power we can expect an array of conflicting ideas to be disseminated as evidenced by the Synod on the Family. The synod conveniently did not include representation from The John Paul II Institute for Marriage and Family Studies which is located in Rome and to which some of Saint JP II's friends still belong. Unfortunately the present Pope seems to be endorsing the disseminators of inauthentic doctrine.

The RC Church is the Church of Jesus Christ, not of any pope, so not even of JPII. Every time needs a fresh look of the teaching of Jesus. Pope Francis understands that, and I fully trust him in that.

With profound thanks that some of our bishops are speaking the Truth. Only bold statements by faithful shephers will have any chance of extinguishing the lies coming from within the hierarchy. The laity are hungrying for the witness manifest by Bishop Hoser , Burke, Pell and some others. Please speak honestly and frequently.

A some years ago, Krushef (spel) said that they need not fight America, just destroy the family unit and we will win. I think that is happening now.

I stopped reading where the article labels our pope as "filth". Shame on the person who wrote the article. You do not speak for me nor do you represent my catholic faith.

A man or woman who is inclined to want a tail to be a leg, or a group who thinks they can make reality and make it real that a tail = a leg, even though Scripture and the Magisterium and the Catechism say a tail isn’t a leg, will proclaim that a tail indeed IS a leg if a small number of carefully chosen prelates or a Pope say the tail = leg folks will be “pastorally welcomed.” The “welcoming” will be public, and, as the tail/leg proclaimers know, this “welcoming” –although the welcomers will never say a tail = a leg- will be interpreted as changing truth. They will speak in terms of “acceptance,” “nondiscrimination” and “understanding.” The new translation of the “Gospel of the Family” will be “Who now condemns you? Go now and sin on more.” Check out Thomas Aquinas - there is only one truth - tails aren’t legs; and no one, not some bishops, not even a Pope, can say in truth that dogs can wag their fifth leg. Those who would change Church teaching on marriage are hiding under the word-play "fullness of marriage," but as the facts have come out, the German hierarchy, living by a "follow the money" ethos instead of a "follow the Lord" ethos, spell this as "fullne$$ of marriage." Guy McClung, San Antonio

No where does this article label the *Pope* as filth. Here's the sentence again, it makes reference to a comment made by Pope Emeritus Benedict XVI back in 2005: "When an archbishop has to publicly proclaim that a canonized saint Pope has been betrayed, then we can see the depth of the rebellion, and the "filth" (c.f. Pope Benedict XVI's address, 2005) that has infiltrated the Mystical Body of Christ."

These "saints" were crammed down our throats in a back-door deal to solidify Vatican II's hold on the Church. they were scared to death of the inroads Pope Benedict XVI was making toward ridding the Church of the "Smoke of Satan!"