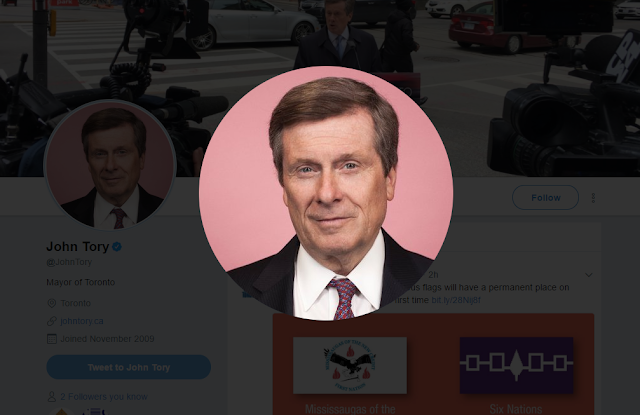 
The Toronto Political Machine (TPM) - an assortment of media, business, union, special interest groups and city insiders - has done its work well. We wrote about the TPM in 2013, nothing has changed. Except for the worse.


Another card trick and - whoever wins - its their boy. Yes, Mayor John Tory, will be back for another four years. The TPM, unlike during the times of Rob Ford, do not have any serious upstart opposing them. Further, when Ford did become mayor they launched a "martini putsch" to over-throw the elected mayor of the City. The downtown controlled TPM would not have a populist from the suburbs running the city.

As we wrote about Ford several years ago:

Mayor Ford just doesn't look and act "hip". He's from the suburbs, doesn't attend fancy parties, doesn't mix with the Forest Hill and Rosedale cliques, snubs the "arts" crowd that is forever at the taxpayer trough being good TPM lackeys; he's portly, and at times confrontational, uncouth and rough. He has consumed crack, instead of "hip" coke, drinks vodka, instead of martinis... yes, he is wealthy, but the wrong kind of wealth. He even used his own wealth to pay for office expenses, only to be investigated by City Hall cronies for not spending enough. He doesn't belong to, or acquiesce to, the decades long insider lobby groups and unremitting corruption that exists at City Hall. He doesn't put his hand in the taxpayer's pocket, and he DOES NOT belong to the TPM.

With the removal of Rob Ford, the TPM arranged for the election of business insider, John Tory. His opponent this time around is another TPM approved wealthy elitist: the NDP-backed, Jennifer Keesmaat.

The grossly immoral positions of TPM-approved leading candidates Tory (who interestingly, after years of groveling and pandering to homosexual interests, has been disowned by a TPM homosexual newspaper. Of course, there is no honour amongst thieves) and Keesmaat, de facto disenfranchise citizens who wish to exercise their rights. The remaining candidates for mayor consist of an assortment of eccentrics and crackpots, and are not serious considerations for a Christian.

On Monday, I shall be voting for a Catholic school trustee, Teresa Lubinski. She practices our Faith, follows the Church and believes in Catholic morality.

I shall not be voting for Mayor. I have no intention of sullying my conscience.
Posted by Barona at 17:36