BREAKING: "Doctors without Borders" Canadian President is an abortionist ~ revealed in Court 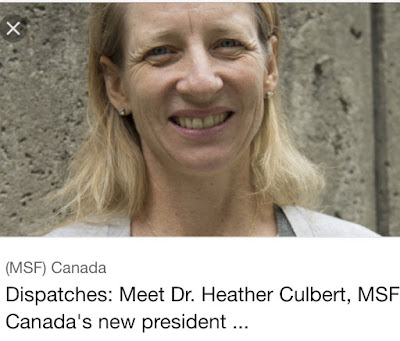 Today at the trial of Mary Wagner in Toronto, it was revealed that  Heather Culbert is an abortionist. Culbert is also President of Medecins Sans Frontiers/Doctors without Borders (CANADA).

Most of the day was taken up with pro and con arguments surrounding the Crown's application for a media ban on information. The Judge ruled that Culbert's name can be revealed, but that the names of the abortion clinic employees may not. The proceedings took place in Courtroom 121 in the Old City Hall Courthouse in downtown Toronto. 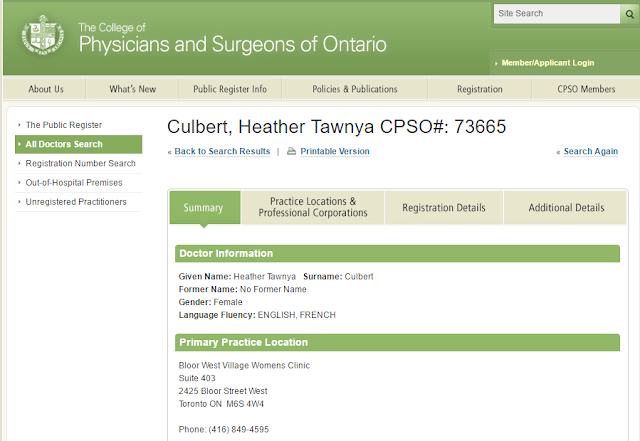 The Crown took umbrage with the Judge's ruling. A 15 minute recess was called. The Judge hopes to proceed post hast with Mary's trial. Mary was arrested last December at the Bloor West Women's Clinic, where Culbert performs abortions. Mary approached a number of women and peacefully suggested that they opt to give birth, rather than kill their baby.

It should be noted that MSF is on record opposing the bombing of hospitals as it kills the innocent, including babies. Now, what will MSF have to say about this? Either they are for, or against killing babies. You can't have it both ways.  Wither these "doctors" will deliver them, or ill them.

Thank you for exposing this hypocrite; how can she head an organization that gives medical aid to those who are desperately in need, and yet willfully kill babies here in Canada. Unbelievable. I can see why she wanted a ban on this publicity! Exposed.