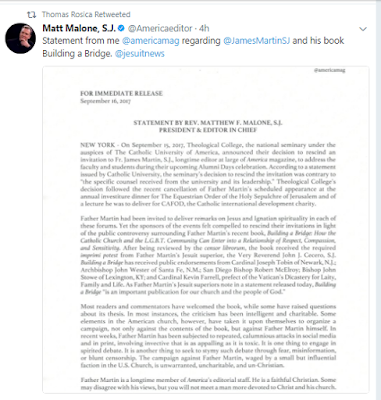 Where does this sudden explosion of homosexuality and homosexualism come from? In a word: Godlessness. Homosexuality, as with the three other sins that cry to Heaven for Vengeance, is the effect of Godlessness. St. John Chrysostom saw this clearly because he had the Faith; the great saint saw this sin as so evil that he he referred to homosexuality as "hell appearing before its time". Truly no clearer or truer words about this abomination could be spoken. Yet we have evil priests and others who wish to play with the Catechism and remove "disorder", we have others who more openly wish to have the Church accept homosexual acts as "human" etc. 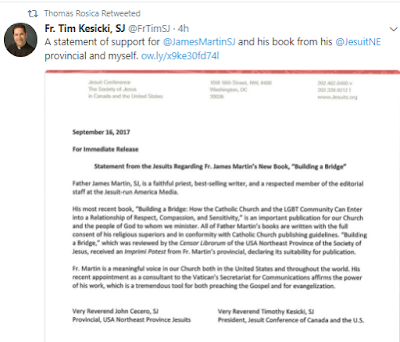 During this time of crisis, it may be opportune for Catholics to re-watch Fr. John O'Connor's "The Homosexual Conspiracy against the Catholic Church". Made in 1991, this video is prophetic. We see how homosexuals were already deeply embedded in the priesthood, destroying, corrupting and perverting the Church; working as agents of the devil.

Birds of a feather flock together!

They are emboldened by one who is pope. His support is a clarion call to them. Right now they advocate...soon they will self identify in public.

The Lavender Mafia has been waiting for (and were probably influential in electing) a pope like this for a long long time, so that they could openly challenge and "change" Church teaching on their abominable depraved vice...rather than hint at it with Modernist vagueness and weaken the Church's discipline against it.

Thank you for this, and thank you especially for posting Fr. O'Conner's video, which in turn led to other videos of his presentations of the 'state of the Church'. As far back as the 1990's he sounded the alarm on the growing number of sodomite Bishops within the Church. He was speaking about the 'world wide' infiltration, but he focused especially on the U.S. which is his country of origin. He reported even at that point in time, that the U.S. Church was pretty much GONE and had been infiltrated almost to the saturation point. He did point out that their were indeed a handful of good Bishops left and good priests, but the number of sodomites and sodomite defenders was far greater. This was in the 1990's so it is no wonder that Priests and Bishops are so emboldened that they will very soon 'come out of the closet' and proclaim their 'homosexual orientation' for the world to see. Exactly where this whole thing is headed.