Some thoughts on a Thursday afternoon 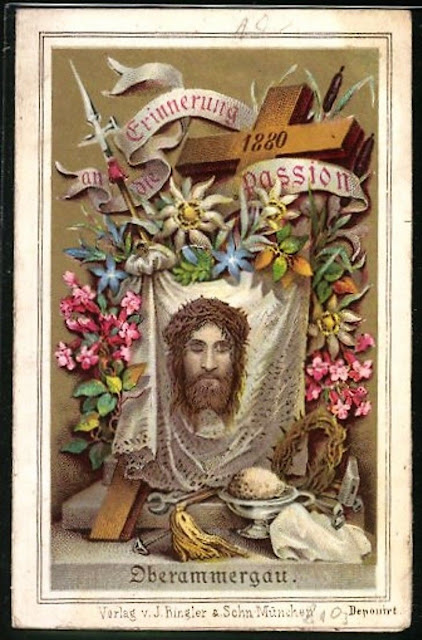 Posted by Irenaeus at 15:52 No comments:

Fr. John O'Connor IS BACK! The Homosexual Conspiracy against the Catholic Church

If someone had said in January of this year that within a month "fifties traditionalists" (allegedly erstwhile enemies of the degenerate western media) would reverse their position and ally with neocon "Catholics" and join with them the open avowed enemies of the Church and agitprop mouthpieces for neoliberal globalism in attacking Russia (including the scandal of re-tweeting Russia-hating notorious sodomites) one would have thought that this was a sick joke.

This diabolically inspired hate will rise to a level of apoplectic madness, now that a new law has been tabled in the Duma to extend the criminality of LGBT and gender ideology propaganda irrespective of age. Concomitant with it will be a clause that will also provide for even harsher punishments for those engaged in promoting pedophilia. President Putin had warned the degenerate West last February that it would not succeed in pushing its anti-human and unnatural vices into the Russian world. He was mocked as a "madman" in their "reviews" of his speeches. Let them mock.

As the Orthodox Church in Russia continues to gain in strength, expect the raging and bellowing from the western Christ-haters (joined by the above-mentioned useful idiots of fake "Catholicism") to become even more demonic and hysterical.

Meanwhile in the "devout Christian" West we find the following from its debauched mis-"leaders", busy promoting a continual, accelerating downward spiral of moral confusion, degeneration, and evil.

Moscow, July 11, Interfax - Propaganda regarding non-traditional relations will be banned in Russia for everyone regardless of their age, State Duma Information Policy, IT and Communications Committee head Alexander Khinshtein said.

"Such a ban [on propaganda regarding non-traditional sexual relations] currently only applies to children. Of course, that is clearly not enough. We suggest generally applying the ban on such propaganda regardless of the age of the audience (offline, in the mass media, on the Internet, on social networks, and also in online movie theaters)," Khinshtein said on his Telegram channel on Monday.

He also said it has been proposed to introduce administrative liability for such propaganda, expanding Article 6.21 of the Code of Administrative Offences (it currently applies only to propaganda among minors and envisages a fine in the amount of up to one million rubles, 15 days of arrest, and suspension of the operations of a legal entity).

It is also envisaged to introduce a separate, even tougher liability for the propaganda of pedophilia.

It is also proposed to "ban the dissemination among children not only of propaganda, but also any other information demonstrating non-traditional sexual relations and perversions," the parliamentarian said.

"These initiatives have already been tentatively coordinated with [Russia's telecoms watchdog] Roskomnadzor and the Digital Development Ministry," Khinshtein said.

The State Duma Information Policy Committee has started working on these initiatives, and "we will be ready to discuss them publicly in the fall session," he said.

LGBT propaganda among minors is currently banned in Russia. A bill banning this propaganda overall has been submitted to the State Duma.

Cardinal Collins: Were YOU threatened with "sanctions" if YOU did not support lockdowns and forced experimental injections?

You will not have heard about it from the degenerate media (unless perchance in glowing terms), and you will not have heard about it (unless likewise in glowing terms) by any number of soi-disant"traditionalist" Catholic websites and propagandists cheering on the western war-mongers. One has to ask: are these self-styled "influencers" receiving covert money from US and UK intelligence agencies to regurgitate media propaganda to ill-informed Catholics as to the real genesis of the tragedy in the Donbass?

Catholics should take careful heed of the most recent actions just taken by Justin Trudeau and his self-identifying Banderite Deputy PM, Christia Freeland (a well-known fanatical Ukrainian nationalist and apologist for various Nazi-affiliated organizations during World War Two involved in genocidal extermination, including the notorious fascist militia, OUN-B) - namely to impose "sanctions" the the Patriarch of the Russian Orthodox Church.

No opposition to this shameful deed will come from Canadian politicians, all eagerly clamouring for votes from a radicalized, Banderite Ukrainian diaspora. Freeland and other politicians (including the supposed anti-fascist New Democratic Party, in truth just another globalist-corporatist arm of collective West's failing attempt at world hegemony) regularly march with fascist organizations, such as the fascist organization, "Svoboda". It should be noted this sycophantic prostituting before fascists for votes is a cross-party problem, with the previous Stephen Harper regime giving in July 2015, $70,000 of taxpayers' money to a Calgary-based openly Banderite organization called, "Ukrainian Youth Centre".

That Banderite and self-serving politicians should support this "sanctioning" of the Patriarch should come as no surprise. But that we have not heard a peep from the Catholic bishops is a cause for alarm. If the Canadian government can "sanction" a major world religious leader, the head of the largest Orthodox church, what is there to stop them from "sanctioning" other major religious leaders, including Canada's bishops?

It is legitimate to ask one's own Ordinary, in my case Cardinal Collins:

Were YOU threatened - directly or indirectly - with negative financial ramifications if you did not comply with lockdowns and/or endorsing and promoting the experimental shots?

Were YOU bribed - either explicitly or implicitly - with financial benefits in exchange for endorsing lockdowns and/or endorsing and promoting experimental shots? 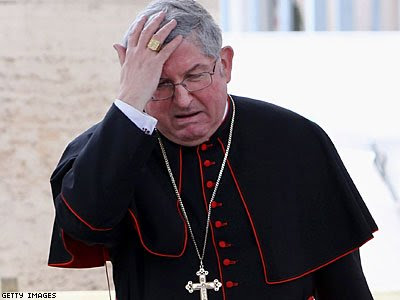 Your Eminence, we await your reply. Catholics can draw their own conclusions as to government pressure on bishops to comply, as witnessed in the Cardinal's fearful exclamations in various videos, as well as the constant dwelling on financial arrangements with the government.  Indeed, the very serious issue of Your Eminence even "jumping the gun" to lock us down to show your pandering to the State was exposed by Vox Cantoris. You have yet to answer Catholics for your actions, let alone - dare I suggest - apologize for your cowardice and, quite frankly, cruelty. For what else is not only locking us out of our churches, but even locking up the cemeteries (with police blocking entrances no less!).

May Canada's bishops follow the example of St. John Fisher in rendering unto Caesar ONLY what is Caesar's...