"Filial Correction" is a false flag as Vatican Banking gets even more murkier.... 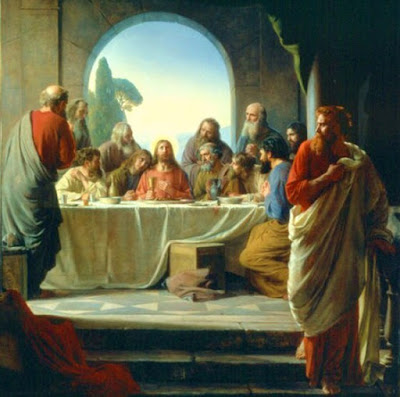 "...when worldly men think they see the Church buffeted and almost capsized in the raging storm, then she really comes forth fairer, stronger, purer, and brighter with the luster of distinguished virtues".
Pius X, Editae Saepe

A twenty-five page document, signed by mostly individuals from 3rd, 4th and 5th rate universities alleging to "correct" the Pope, is making a bit of a stir, even in the secular press. Some of the individuals who have signed this document are not even theologians. The claim that this document is some sort of major earthquake shaking the Church, and that it will incommode the Pope (or, to be more precise, the men who control this man), is absolute nonsense.

The Catholic Church is Monarchical and Hierarchical. Such is the Will of Christ. The Church is not a democracy, even if it means petitioning and voting for the Truth. Even the title is wrong: a Pope, at best - I repeat - at best ! - can be accused, but he cannot be corrected. For a correction implies a priori that the Pope is wrong. Ah, but his heresy is "self-evident", the new saviours of the Church cry! Self-evident it may be to them, but they do not possess the charism of infallibility. It is for the Church to judge. For a future Pope and Council.

The First Vatican Council provides us with a supernatural solution to the present crisis: a Pope can openly profess apostasy and heresy and then formally defect from the Church, or he will die in Office and be judged by a future Pope and Council. Catholics should carefully and prayerfully study the recent interview granted by Raymond Cardinal Burke. Sadly, a number of Catholics - grossly ignorant of the Faith, and professing a protestant spirit - denounce the Cardinal only outdoing their ignorance with their arrogance.

In fact, only a miracle of that divine power could preserve the Church, the Mystical Body of Christ, from blemish in the holiness of Her doctrine, law, and end in the midst of the flood of corruption and lapses of her members. Her doctrine, law and end have produced an abundant harvest. The faith and holiness of her children have brought forth the most salutary fruits. Here is another proof of her divine life: in spite of a great number of pernicious opinions and great variety of errors (as well as the vast army of rebels) the Church remains immutable and constant, “as the pillar and foundation of truth,” in professing one identical doctrine, in receiving the same Sacraments, in her divine constitution, government, and morality. This is all the more marvelous when one considers that the Church not only resists evil but even “conquers evil by doing good.” She is constantly blessing friends and enemies alike. She is continually striving and ardently desiring to bring about the social and individual Christian restoration which is her particular mission in the world. Moreover, even her enemies benefit from it.

However, the real news is the forced resignation of another Vatican Auditor.

Just how deeply does this Vatican money laundering go? Just how deeply is the vatican penetrated and compromised with international Freemasonry? Just how corrupt is the IOR and its financial dealings?
Posted by Barona at 10:25

Despite fifty-five years of no catechesis, inadequate catechesis, inaccurate catechesis and an evisceration of the theological academy, there are survivors who know Roman Catholicism from faux Catholicism. They have raised their voice, accompanied by 11,600 petition signers [since last Sunday] at “Support by the Catholic Laity for the Filial Correction of Pope Francis.”
The Bergoglians dismissed a petition with some 800,000 last year which asked for clarification of “Amoris Laetitia.”
Nothing but capitulation to fantasy will satisfy them, let us not surrender.
There is no need to beat a dead horse by rehashing the list of grievances against the current state of affairs. “Correctio Filialis” and the “Dubia” presented by four conscientious and brave Cardinals have telescoped the major issues flawlessly, despite the usual six gun response of deceive, distract, dismiss, disparage, discourage and disarm in order to defeat the orthodox faithful.
Unimportant!
Insufficient numbers!
Schismatic! [Sufficiently so as to merit a dialogue going on for some years – but now? – not so much.]
One sole miserable soul alone would have been sufficient to see the Second Person of the Blessed Trinity, Jesus Christ, True God and True Man, adopt our humanity and endure a sadistic death at the hands of the self-important who knew best.
How exactly is a member of the Mystical Body of Christ determined to be worthy of notice in the Bergoglian epoch?
Does your sin, your moral crisis have to rank high on the zeitgeist list of heroics – adulterer, LGBTQ, S&M, or just for fun a simple SJ?
The ever so fraudulent “egalitarian” posers inhabiting the ecclesiastical class have inadvertently dropped their masque and revealed themselves for who they are.
Those who believe, those who care, those who can stomach it, have noticed.
Those devoted to infantilism substituting for devotion remain blindfolded. As long as they don’t see the cattle cars going off to the East they are not responsible.
“Leave it to the priests. They know better.”
God reward Cardinal Muller for a simple and brilliant solution to a host of problems that have been festering since before “the” Council.
Let the disputation begin.
Let it begin in public.
But it is highly doubtful to merit a “thumbs up.”
To do so would rob the St. Gallen entourage of its last refuge – papal authority. That can only be tanked when they are done with it and a bishop dressed in white walks to his judgement over the aborted vocations and the slayed souls.
The stench of fraudulence wafts through the Church.

Excellent questions. Our enemy is Mammon, not our Holy Mother Church.