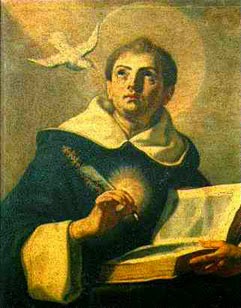 Whereas in the Old Covenant, the Truth was veiled, (as expressed by the Prophets), and written in Stone (as in the Ten Commandments), and on parchment (as in Sacred Scripture); in the new and eternal Covenant, Truth became Incarnate and "we have seen him, the glory of the Father". Our Lord Jesus Christ "the same, yesterday, today and tomorrow" is Truth in the Flesh, and he calls us to accept His Truth, which leads to Eternal Life.

Since our world despises truth, it is no surprise that it fears and hates the Truth. And since it hates Truth, it hates Life. Our Lord was hated in His day, and for the Truth he was hung on a Tree. "What is truth"? It did not matter, and His own Nation, through the hardening of hearts, betrayed and crucified him. "My people, what have I done to you, or in how have I offended you? Answer me..." This condemnation of God by Man is repeated throughout history; more recently in unjust "laws" passed that condemn to death a person not yet born.

Both Pope John Paul II and Benedict XVI identified this arrogance, this conspiracy (c.f. p. 65) as a "crisis of truth". Pope John Paul II wrote of "veritatis splendor" and emphasized a return to the philosophy of St. Thomas Aquinas.

Knowing Our Lord was Truth Incarnate, St. Thomas rightly was primarily a man of prayer; and, for this he was rewarded with becoming a man of knowledge, of truth. Of this great saint, Pope John Paul II wrote: "Saint Thomas celebrates all the richness and complexity of each created being, and especially of the human being. It is not good that his thought has been set aside in the post-conciliar period; he continues, in fact, to be the master of philosophical and theological universalism" (p.31).

Prayer takes the Christian that final step. The Way, and the Truth lead ultimately to Life. In seeking the truth, through prayer, one can, with the assistance of the Holy Spirit, cross the threshold of truth to Life.

Eternal Life in Christ Jesus, through the scandal of the Cross, it is that which the world especially fears. Man is afraid of God's mystery, of God's love (c.f. p. 12). He is afraid of God's Mercy - "that is, Love that goes out to those who are suffering, love that sustains, uplifts and invites us to trust".... God is merciful love. (c.f. p.26).

St. Thomas Aquinas, pray for us.