The Pope: A Day in the Life 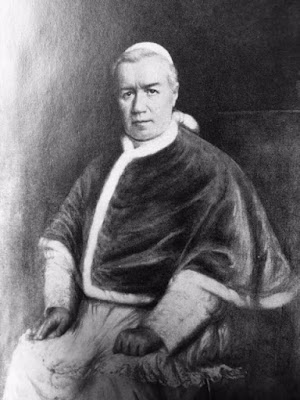 Pope Pius rose about four, shaved and dressed without a valet. Then he went to his private chapel, meditated and read Prime from an immense breviary which was his most treasured possession. He said Mass, served by one of his chaplains, and himself gave Communion to those invited to assist; then he heard a second Mass. A cup of black coffee awaited him in his study. A sort walk in the garden. Back to his study and his correspondence and a few private audiences. A simple dinner at one, usually in the company of several members of his household.

Pius X broke the tradition which prescribed that the Pope eat alone. When he invited someone to dine with him he saw consternation on several faces. When he asked the reason, he was told that it had been the custom of the popes to dine alone.

"Since when has it been the custom?", he asked.

'Since Urban VIII set the rule", was the answer.

"If Urban VIII had the right to make such a rule," he said serenely, "then Pius X has an equal right to abolish it".

His were simple meals however. he allowed five lire a meal for his own food, when even the frugal Leo XIII  had allowed eight.

Many of the other treasured Vatican rules and customs had also been changed.No one was allowed to kiss his slipper. Those received in private audience sat while they talked with him. Simple priests were often guests at his table. Out of a stable full of horses he kept two for his rare drives. As for the sedia, the chair of state, in which Pope Leo had delighted to be carried even in the garden, Pope Pius would use that only when formality absolutely demanded. He disliked it intensely; one reason he gave was that it made him dizzy.

From two to five o'clock in the afternoon he spent in his own apartments alone. More audiences followed; the reading of his breviary, a walk in the garden if there was time. Back to work, a visit to the Blessed Sacrament, rosary with the household, and supper at nine - usually minestrone and wine. Then he saw more people - mostly intimate friends - until eleven or later, when Monsignor Bressan read aloud to him, often from his beloved Imitation of Christ, of which he had given away hundreds of copies to his friends. Then more work. The light in the Vatican windows burned late as the light had burned in the study at Venice or in the seminary at Treviso or the rectory at Tembolo. At his own request his attendants went to bed, and the Vatican was asleep long before the Pope.