BREAKING: Communists protest outside US Consulate in Toronto 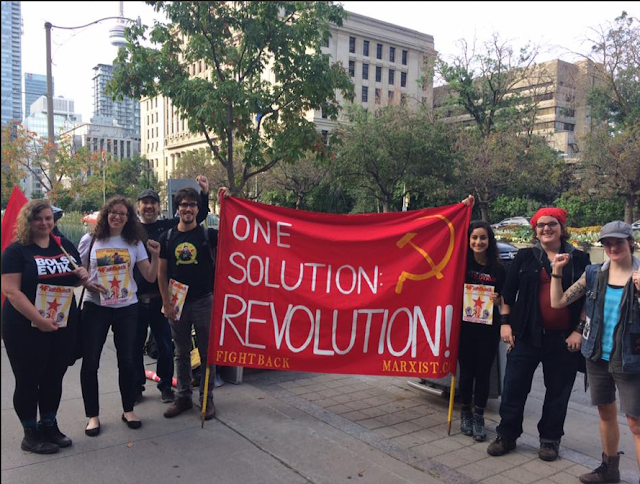 "How can you make a Revolution, without executions"?
V.I. Lenin

The mainstream media is not reporting that communists were part of the terrorist and hate groups active in Charlottesville, Virginia. The Toronto media reported that there was a small protest outside the US Consulate on University Ave in Toronto.

However, what the Toronto media did not report, is that it was organized by communists. This media silence, once again, shows how deeply the western elite is infiltrated with materialism and  Marxism. The protest itself was not dangerous, but rather a sad sight of tragic, deluded young people. But it is indicative of how Communism is given the "soft-shoe shuffle" by the wealthy elite that control the media, corporations, finance and the universities. Imagine the police and media reaction had a few eccentric Hitlerites decided to have a protest! 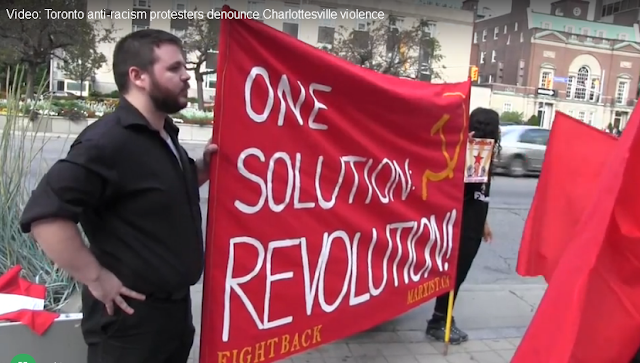 How society will be improved by the replacing of the KKK or some other naturalistic and anti-Christ group with the equally anti-Christ Communist movement remains to be explained by our deluded young friends.

In fact, Communism is infinitely more dangerous than the KKK ever was. Whereas the KKK was a movement of Freemasons, members of the Democrat Party, and red-neck racists; communism was and remains a worldwide movement, funded by incredibly wealthy internationalists, that has exterminated well over 100 million people. These poor young people do not realize that if communism ever conquered Canada, they themselves would probably face the firing squad as hooligans. Communism has a history of devouring its own. 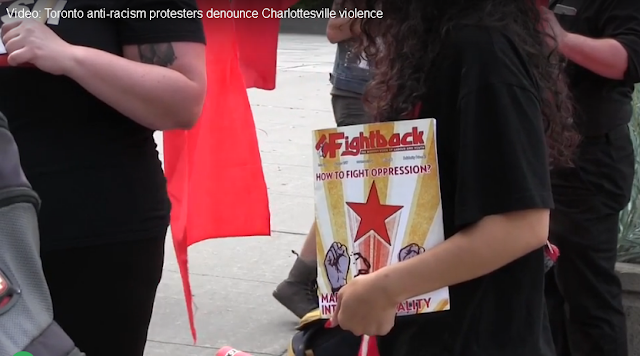 For all the brutality and rapacious murder committed by the National Socialists, communism has emerged much more bloody. Be it Lenin and colleagues and their mass murders in Russia, or the torture trains that crossed through Hungary under Bela Kohn, (literally soaked in blood) or the horrors of Stalin, Beria etc., where victims could be striped naked and thrown outside in the Siberian winter to freeze and be devoured by wolves, the killing was relentless. The communists then exported their hate-filled blood baths to Africa, Asia and South America. In western Europe and North America they settled on a tactic of demoralization. This is the true face of communism.

The Hammer and Sickle is one of the most evil of symbols, one of violence, hatred and pathological murder. However, it is still embraced by perhaps millions.

Please pray for these sad souls that they come to see true liberation in Our Lord Jesus Christ.
Posted by Barona at 18:20

Email ThisBlogThis!Share to TwitterShare to FacebookShare to Pinterest
Labels: War and Peace

"The Hammer and Sickle is one of the most evil of symbols, one of violence, hatred and pathological murder. However, it is still embraced by perhaps millions." Including PF & cronies.

They should be send to their Marxist heaven on hearth - North Korea.