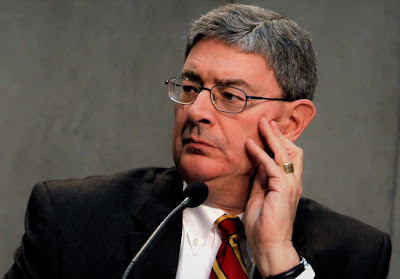 George Weigel is a prominent member and writer for the "Institute of Religious and Public Life", an organization that runs "First Things". Just what is their ideology? They tell us:

The Institute’s mission is to articulate a governing consensus that supports:


It is a mission statement that George Weigel approves of as a Member of the Board. Before we continue, let us recall and keep in mind that Weigel has declared himself an opponent of Fr. Antonio Spadaro S.J.

But, is Weigel being consistent? Is there really opposition between the two men? Or, is it only a matter of tactics? A superficial opposition?

Let us explore this, by contrasting the Institute's mission statement with the following:

"The church asks politicians to commit themselves in the world to build a better world through dialogue while bringing its own values to this project while respecting the fundamental separation of church and state".

No difference, is there? Now, who wrote the second passage?

No! It was none other than Fr. Antonio Spadaro S.J., in an interview he granted to the Jesuit neo-Modernist magazine, America. 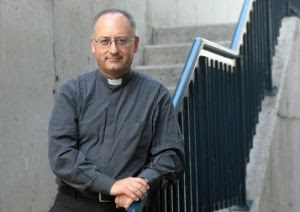 Yet, George Weigel would have us believe he is a "conservative" and in the right, and Spadaro a "liberal", in the wrong. A grave error to think so.

No, Weigel is a liberal Catholic just as is Antonio Spadaro.

You will notice that both men are SILENT about Jesus Christ and the social and political life of the Nation.  Both are social modernists, strongly condemned by, for example, Pius XI. "First Things" and "America" is really an in-house quarrel between proponents of liberalism. It is very interesting and extremely interesting that both statements manifest a vision that is incredibly similar to that of Freemasonry.

Catholics, who may yet doubt my thesis (after all, Weigel has spent a good part of three decades rubbing shoulders with powerful churchmen), should acquaint themselves with at least one of Wiegel's ponderous and verbose articles. An example of his mature intellectual thought can be read here.

Now to an experiment.

Give it a few days, absorb the teaching of the holy Pope. Then return and re-read Weigel. The contrast between the Pope and Weigel is horrifying. Weigel has completely rejected the social Kingship of Christ.

There, in Weigel's 1994 treatise, you see the insidious horror of liberalism, of Americanism. As a quaint aside, you will notice too, how the poor, deluded man's predictions did not come to pass. Weigel even wrote these words about the charlatan and pervert, Bill Clinton: "Then there is the fact that we have a President who, unlike his predecessor, is unabashedly public about his Christian faith, and who seems to understand that the engagement of differing religious convictions within the bond of democratic civility is good for America".

How could he write such buffoonery? How can any Catholic, or for that matter, any serious Christian or man or woman of good faith who is seeking Christ listen to this man? Yet he dares to excoriate Fr. Spadaro! A fellow liberal!

To re-emphasize: what Weigel and Spadaro advocate - a society that is: "a religiously pluralistic society...a democratic...government...for responsible global citizenship" [the Institute], and that "we are all citizens...to build a better world through dialogue...respecting the...fundamental separation of church and state" [Spadaro] - is it a position that can be held by a Catholic?

We shall seek the answer from Pius XI and see if Wiegel (Americanism) and Spadaro (Sillonism) think as the Pope did (Catholicism).

With God and Jesus Christ, excluded from political life, with authority derived not from God but from man, the very basis of that authority has been taken away, because the chief reason of the distinction between ruler and subject has been eliminated. The result is that human society is tottering to its fall, because it has no longer a secure and solid foundation." Ubi Arcano

"If, therefore, the rulers of nations wish to preserve their authority, to promote and increase the prosperity of their countries, they will not neglect the public duty of reverence and obedience to the rule of Christ". Quas Primas

"When once men recognize, both in private and in public life, that Christ is King, society will at last receive the great blessings of real liberty, well-ordered discipline, peace and harmony". Quas Primas

"The right which the Church has from Christ himself, to teach mankind, to make laws, to govern peoples in all that pertains to their eternal salvation, that right was denied. Then gradually the religion of Christ came to be likened to false religions and to be placed ignominiously on the same level with them". Quas Primas


Whom do you follow? Americanists, Sillonists, or the Catholic Church?
Posted by Barona at 03:00

One cannot be Catholic & Liberal, as Truth is everlasting, just as its author Jesus Christ.

"The Social Kingship of Christ." "Whom do you follow? Americanists, Sillonists, or the Catholic Church?"

So, thought experiment: Christ really is King, both in private and in public life. Now what? That is, what obedience, specifically, practically, in detail, do we owe Christ the King's Vicar on earth -- right now? As in: Pope Francis.

Pope Francis, gloriously reigning, is the Vicar of Christ, His visible representative and delegate, to whom the Keys are delegated. Do we owe Pope Francis socialism? Initiatives to end climate change? World government? Unrestricted immigration? Does "the Social Kingship of Christ" mean that Pope Francis His Vicar organizes the world for us -- on behalf of Christ the King?

Pius XI did not answer these questions. Did Pope Pius consider that a Pope Francis would follow him eventually? Did Pope Pius repudiate the idea of legitimate earthly authority? Can a reigning pontiff simply repudiate any other earthly authority as 'illegitimate', when that pontiff decides this? Theologically, is all legitimate authority on the earth simply an extension of the reigning pontiff's own authority as the Vicar of Christ?

"Whom do you follow? Americanists, Sillonists, or the Catholic Church?"

But to answer this question, perhaps instead we need to be Catholic Protestants in our approach. In that case, it is the authority of "the Catholic Church," the Bridegroom of the King, which should be heeded absolutely on this earth. But where is this Church, without Her pontiff, and without her actual, real-life, contemporaneous teaching, governing, and sanctifying bishops? What sort of visible "Catholic Church" is that?

Absent exceedingly detailed and practical answers to questions like these, Pius XI's teachings on "The Social Kingship of Christ" are simply a bit of fluff; they're not even wrong.

Popes and bishops aligning themselves with existing structures of power, exhorting us to do the same, and thinking themselves Fine Fellows. Ho hum.

But wouldn't it be worse if, instead of ignoring the Kingship of Christ, they also taught that Christ's Kingship required us to take them seriously?

Without using the actual words "the Social Kingship of Christ," don't pontiffs, bishops, and even many priests (in effect) already claim His authority continually?

How far, really, are the words "the Social Kingship of Christ" from being asserted on behalf of "Social Justice" by the teaching authority of the Holy Catholic Church, if bishops suddenly found that expedient?

There's a long way to go before "The Social Kingship of Christ" can even be thought as an explicit, definite, practical, visible thought in this vale of tears.

Thank-you for your contribution and dismissing Pius XI as "fluff". If you take up from - at least - Pius VI - with the advent of modern revolution (French, American etc.) you will see a consistent papal teaching against false jurisprudence.

Your analysis is shallow. If you think Spadaro and Weigel have anything in common regarding Catholic doctrine, you don't know anything about either man and your comments are just self-indulgent vitriol. Weigel is obviously over your head. Were you able to understand him, you would know he is an articulate defender of Catholic orthodoxy.

Veneration, I understand you must be a Wiegel groupie, but you are going to have to do better than that to convince me or my readers that Weigel is not a liberal. Any brief review of his writings shows a man who rejects the social Kingship of Christ. I ask you - presumably as "an articulate defender of Catholic orthodoxy": do you accept Quas Primas? It is a simple answer for those who are not liberals, Americanists, Sillonists etc.

Your reading comprehension seems as deficient as your grammatical structures. I did not describe myself as "an articulate defender of Catholic orthodoxy". Your use of the word groupie is infantile and reflects a mind that is not serious. But I have read all of Weigel's books. I can't imagine you understanding them. Nonetheless, cite exactly where Weigel denied the social Kingship of Christ.