Death Trap in Afghanistan for the United States of America

The United States is committed to perpetual war in Afghanistan. Defeated, like the British and Soviets before them, the men who control the United States of America (Zionists and Freemasons) are determined to continue this lost war.

These evil men, who control the United States, know exactly what they are doing and why. Internationalists, anti-Christians, haters of Christ and His Church, they are using this war - as they used so many others - to re-fashion the world in the image of Satan, who is their father.

War is a punishment for sin. There has and is a lot of sin going on. Abortion being the first. Unnatural vice being the second. God will not be mocked. He has allowed the former Christian nations to fall into the hands of those who hate Him and His Son as a punishment for infidelity.

Dear friends, pray for these soldiers being sent off to die in a foreign land, fighting someone else's war. Going off to die in vain. 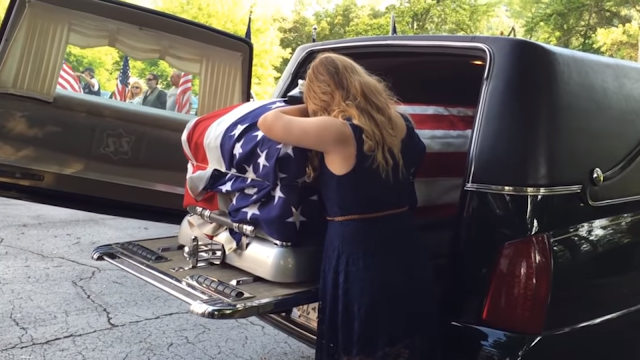 You are 100% correct .
Our blood and treasure offered to Satan for the anger of those who despise Christ.
As a member of a family who has had Marines and Army from WW2 including the present day, the thought of a war now is revolting .
We call this wife in your photo a GOLD STAR wife as her husband is considered a war hero in death.
There's nothing golden about this photo. All I see is a wife broken and destroyed for nothing. A family destroyed.

We are told it's her husband's death which keeps us free ... if that were so then these filthy Zionists and their henchmen in Freemasonry would be obliterated .
Praying for everyone of our young men and women who will lose their lives in yet...another Jewish/Masonic war.
God help us.
Semper Fi