The Poverty of Politicians: how an evil and corrupt world has given birth to decadent misleaders in politics 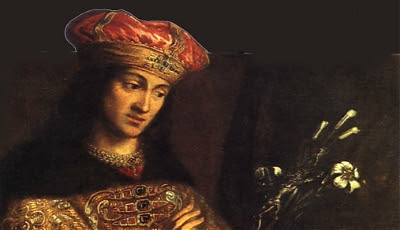 St. Casimir was one of those rare lights. He was also blessed to live at a time  where there was relative harmony between Church and State.

Sadly, today, we live in a time of liberalism. The modern world is a gradual degeneration: five hundred years of protestantism, two hundred of liberalism, and one hundred of modernism - and here we are!

What do the popes have to say? Let us review the words of Pope Gregory XVI, writing in Mirari vos:


This shameful font of indifferentism gives rise to that absurd and erroneous proposition which claims that liberty of conscience must be maintained for everyone. It spreads ruin in sacred and civil affairs, though some repeat over and over again with the greatest impudence that some advantage accrues to religion from it. "But the death of the soul is worse than freedom of error," as Augustine was wont to say. When all restraints are removed by which men are kept on the narrow path of truth, their nature, which is already inclined to evil, propels them to ruin...Experience shows, even from earliest times, that cities renowned for wealth, dominion, and glory perished as a result of this single evil, namely immoderate freedom of opinion, license of free speech, and desire for novelty.


Here We must include that harmful and never sufficiently denounced freedom to publish any writings whatever and disseminate them to the people, which some dare to demand and promote with so great a clamor. We are horrified to see what monstrous doctrines and prodigious errors are disseminated far and wide in countless books, pamphlets, and other writings which, though small in weight, are very great in malice. We are in tears at the abuse which proceeds from them over the face of the earth. Some are so carried away that they contentiously assert that the flock of errors arising from them is sufficiently compensated by the publication of some book which defends religion and truth. Every law condemns deliberately doing evil simply because there is some hope that good may result. Is there any sane man who would say poison ought to be distributed, sold publicly, stored, and even drunk because some antidote is available and those who use it may be snatched from death again and again?


Compare the saint to the US presidential candidates, or the objectively evil and tragic figures who  aspired, recently, to the Premiership of Canada, and see how far we are from even a remote glimpse of virtue in those who aspire for public office. Indeed, we are so far gone that politicians fall over themselves in their eagerness to promote sexual vice as not only normal but laudable, men and women who work might and main to kill babies, even as they are being born...

By the power of the Holy Spirit, Casimir burned with a sincere and unpretentious love for almighty God that was almost unbelievable in its strength. So rich was his love and so abundantly did it fill his heart, that it flowed out from his inner spirit toward his fellow men.

As a result nothing was more pleasant, nothing more desirable for him, than to share his belongings, and even to dedicate and give his entire self to Christ’s poor, to strangers, to the sick, to those in captivity and all who suffer. To widows, orphans and the afflicted, he was not only a guardian and patron but a father, son and brother.

One would have to compose a long account to record here all his works of love and dedication for God and for mankind.

Indeed, it is difficult to imagine or to express his passion for justice, his exercise of moderation, his gift of prudence, his fundamental spiritual courage and stability, especially in a most permissive age, when men tend to be headstrong and by their very natures inclined to sin.

Daily he urged his father to practice justice throughout his kingdom and in the governance of his people; and whenever anything in the country had been overlooked because of human weakness or simple neglect, he never failed to point it out quietly to the king.

He actively took up the cause of the needy and unfortunate and embraced it as his own; for this reason the people called him the patron of the poor. Though the son of a king and descendant of a noble line, he was never unapproachable in his conversation or dealings with anyone, no matter how humble or obscure.

He always preferred to be counted among the meek and poor of spirit, among those who are promised the kingdom of heaven, rather than among the famous and powerful men of this world. He had no ambition for the power that lies in human rank and he would never accept it from his father. He was afraid the barbs of wealth, which our Lord Jesus Christ spoke of as thorns, would wound his soul, or that he would be contaminated by contact with worldly goods.

Many who acted as his personal servants or secretaries are still alive today; these men, of the highest integrity, who had personal knowledge of his private life, testify that he preserved his chastity to the very end of his life.
Posted by Barona at 16:30