BREAKING NEWS: Our Lady of the Atonement has been transferred to the Ordinariate of the Chair of St. Peter 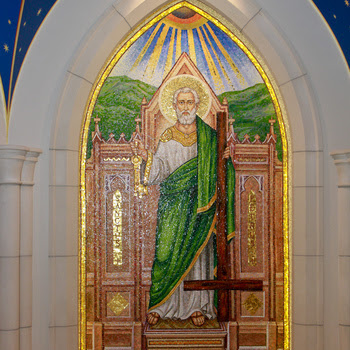 The Ordinariate of the Chair of St. Peter has sought a ruling from Rome on the actions taken against Our Lady of the Atonement parish in San Antonio, Texas. Rome has spoken, the parish has been transferred to the Ordinariate. This is a major defeat for the vicious, arch-modernist Archbishop Gustavo Garcia-Siller.

HOUSTON — The first Pastoral Provision parish in the U.S. is coming into the Ordinariate.

Our Lady of the Atonement Catholic Church and its school, the Atonement Academy, have been transferred to the Personal Ordinariate of the Chair of Saint Peter, effective March 21. At the direction of the Holy See, all parishes of the Pastoral Provision are to be incorporated into the Ordinariate: a special diocese for Roman Catholics who were nurtured in the Anglican tradition or whose faith has been renewed by the liturgy and evangelizing mission of the Ordinariate.

On January 19, 2017, Archbishop Garcia-Siller, the Archbishop of San Antonio removed Fr. Christopher Phillips from the parish of Our Lady of the Atonement. Fr. Phillips is a priest of the Ordinariate of the Chair of St. Peter.

The radical arch-modernist archbishop claimed he had concerns about the liturgical and parish life that Fr. Phillips had built up which had - according to Garcia-Siller - an "identity separate from..." the other parishes in San Antonio. This is code for the Catholics at Our Lady of the Atonement, under Fr. Phillips' leadership,  in not participating in the types of liturgical services promoted by Garcia-Siller.

As you will notice, dear readers, in distinction to his distaste for Catholic rituals, the Archbishop has no difficulties with being an active participant   when it comes  to engaging in  false religious practices. Such practices are strongly condemned by the Church as gravely sinful. Catholics are absolutely forbidden to take part in religious practices that deny the Incarnation of Our Lord.

Fr. D. Prummer OP, writing in 1910, affirms in his Manuale Theologiæ Moralis that it is never licit for a Catholic to take part in a non-Catholic cult with the intention of worshipping God in the manner of non-Catholics, more acatholicorum. Such an act, he declares, is nothing other than a denial of the Catholic faith.  In the same year, writing an article on ‘Heresy’ for the Catholic Encyclopœdia, Fr. J. Wilhelm SJ affirms that a Catholic may attend non-Catholic services, but only ‘provided no active part be taken in them’. In an article on the same subject, the Dictionnaire de théologie catholiquereiterates, in 1920, that active participation in non-Catholic rites is toujours interdite – the reason being that it is ‘equivalent to a denial of the Catholic faith’. In 1930, Fr. B. Merkelbach OP in his Summa Theologiæ Moralis writes that ‘active participation in the sacred things of a [non-Catholic] public cult is illicit, since it implies approval of the worship and a recognition of the sect.’

For the full details of the ruling, please visit the Ordinariate of the Chair of St. Peter's website.
Posted by Barona at 12:59

Did the catholic martyrs in England who died at the hands of Anglicans waste their efforts?