The Ontario English Catholic Teacher's Association (OECTA) continues its anti-Catholic activity without ceasing. This year, at their Annual General Meeting, they will feature the anti-Catholic, pro-homosexual, pro-abortion,  and militant environmentalist-feminist and globalist political activist, Naomi Klein as "keynote" speaker.

Just how bad is OECTA? Here is what one of my readers had to say about this anti-Catholic, activist and secular Union.

I was a member of OECTA for 31 years. I used to dread profession development days, where a Gregory Baum disciple, would be the featured speaker. The "C", in the acronym, should stand for "contumacious".

OECTA takes its doxis and praxis from our neo-pagan culture at large, certainly not from authentic Church teaching. OECTA lost its Catholic soul decades ago. These people, you see marching, become increasingly bolder, as the years go by.

The Catholic school system in Ontario will, eventually, implode, and the majority of teachers, as long as they still have jobs, won't be bothered.

Never before in the history of Catholicism have there been so many educated lay people, yet never before have educated laity been so illiterate, when it comes to the doctrine of faith morals and discipline.

What is even more bothersome, than the state of illiteracy, is the fact that most of these non-observant faithless teachers would say something to the effect: "so what, it doesn't matter what you believe, all that really matters is that you be "nice" person.

One's niceness and commitment to inclusion is what the students will remember". The degree of "niceness" becomes the measuring stick of one's "Catholicism". It is a Catholicism without a cross.


As to OECTA's latest Speaker and who she is, let Klein's Twitter feed speak for her, and what she believes in.

Why has OECTA invited Klein? It is obvious, they believe what she believes. 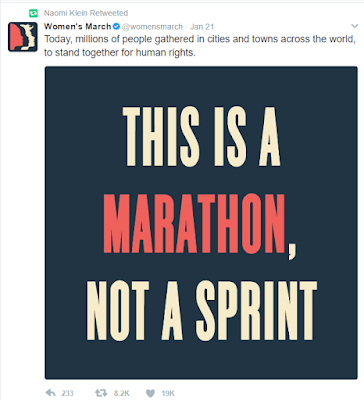 Where are our bishops? Just where are they? Hiding behind "Caesar" and taking his hush money?

No need to interpret this as a "slap" in the face to the city's archbishop. Do you have any reason to think he cares about the leftist ideology that dominates in these schools?

None. I am trying to encourage the Cardinal to make a stand. I know,humanly speaking, nearly impossible. But, with prayer he could do it. Catholic education is like a bath tub full of water with a hole in the plug; water is seeping out. One day, perhaps, a bishop will come along to make a stand for Catholic education.... but it will be too late the "Catholic" water will have run dry.

When Catholics agreed to take Caesar's money the die was cast. A big, big mistake. This, coupled with a near universal collapse of the Faith has gutted Catholic education leaving it Catholic in name only.

I think the interesting question is - what has to happen for these bishops to step in and do something? If schools and unions can promote homosexuality with impunity, can they also promote Satanism as an alternative religion, also with impunity?