Solemn Latin Mass for the Feast of St. Joseph

The Feast of St. Joseph, falling yesterday on Sunday, has been transfered to today.

On the Feast of the the Patron of Canada, Canadians should make a special effort to go to Mass.

For those Catholics living in Toronto, they are blessed to be able to attend a Solemn Latin Mass, according to the usus antiquior. Do not forget to say a prayer for Pope Benedict XVI, whose celebrates this day, as Joseph Ratzinger. 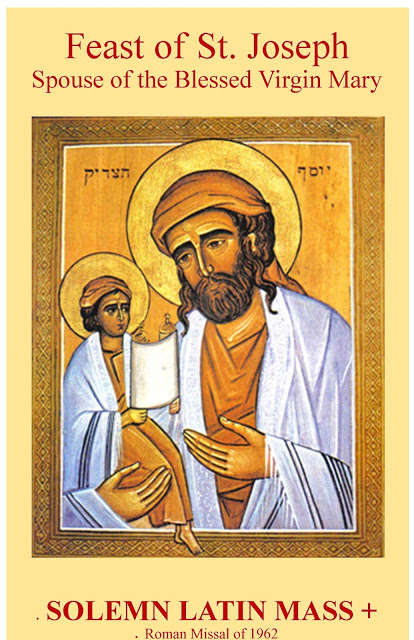