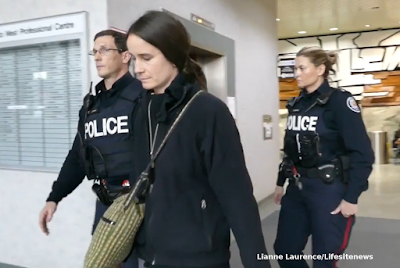 This morning, at the College Park Courts, via video link, Mary Wagner appeared before the Justice of the Peace. The hearing commenced at 9:05, and lasted no more than five minutes.

The Crown stated that given Mary was arrested by Division 11, the jurisdiction for her case is Old City Hall Courts. Hence, a hearing will be held there, in Room 111, on December 23rd, at 2 p.m.

January 2nd, 2016, was also mentioned as a possible date for police disclosure, however that may change based on whether any disclosure will happen on the 23rd, and if even a trial date will be set on the 23rd. 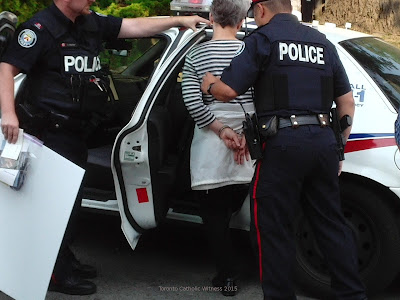 Mary, being arrested on December 12th, join Linda Gibbons, who was arrested September 2nd. Linda's trial is set for January 16th, at the College Park Courts.
Posted by Barona at 11:22