The Ontario English Catholic Teachers Association (OECTA) has a long history of dissent from the Catholic Church. This goes a long way to explain the poor quality of student that it produces. In the main, these young people are un-educated, uncultured and - worse - lacking in knowledge of the Faith. How can this go on? For how long has this been going on? Where were the trustees, the parents... yes, and the bishops? 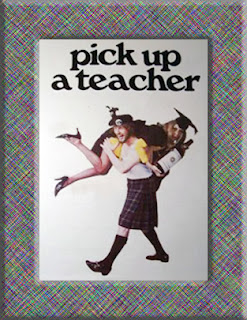 OECTA also has a long history of political "groupthink". A few "highlights"  (any commentary would be superfluous) from 1997 include:
Posted by Barona at 21:22

Actually I found at least a couple of points there I could agree with. Like most party platforms there are points I can agree with and ones I simply can't stomach. It is groupthink insofar as it is part of a prevailing culture within OECTA.

The other troubling part is the "top down" imposition nature of groupthink. "Think like us, or else!"

Groupthink is all about peer pressure. It is driven by consensus and the need to belong. It really is a form of herd mentality that stifles individuality and free thought. Group members do not need to be told to discipline dissenters... they just know.

Actually take a look at your list. Most of it can be summarized in one phrase... "creating a culture" ... one which will be self regulating and self disciplining. The one next to you in the pew will tell you what you are doing wrong... such as shushing you should you make the responses aloud at a traditional mass.

The National Socialist Teachers League is a form of groupthink taken to its logical conclusion. Students were no longer persons, to be educated for personal growth and intellectual development. They were objects to fashioned according to Nazi ideology.

Teachers in Germany were expected to join this groupthink, and the vast majority did. Those who dissented were severely punished. What happens to teachers in OECTA who think independently ?

The fact remains: young people are becoming objects to be toyed with and fashioned according to political ideology. Teachers are also reduced to "minors" who are not allowed to be outside "groupthink", but either support or are silent. In this sense, OECTA is as sinister as the NSTL.