Remember way back when you were in school and your entire life was governed by the various cliques and groups you belonged to? If you were part of the in crowd you had a social life... this is speculation of course. I've never been part of any in crowd. If you were a geek you hung around with another crowd entirely. Sure would be nice to think that we've all left that immature silliness behind us. Now we can be judged as persons and not members of some ill defined collective. Yeah right...

Unfortunately most of our society is stuck back in this collectivist morass. Being a person is not even enough to guarantee you life and a measure of human dignity. No, your only worth is that of a member of the group you identify with. And what of other people... other groups? They are to be depersonalized or even demonized. What passes for justice is merely keeping track of who is in and who is out. Whichever group can mold the world in its own image wins. 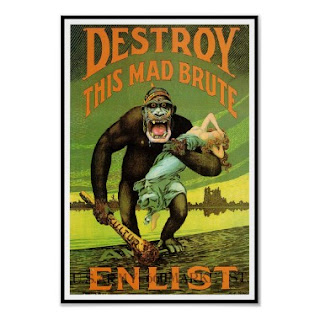 example of this groupthink is the Israeli Palistinian conflict. Any sane person looking at this situation would realize that it is tremendously complicated with much good and evil present on all sides. Sanity is the first casualty of a blood feud and make no mistake... that is exactly what we have here. The pressure on outsiders to enlist on one side or the other is intense. Is it any wonder that OECTA has proposed to do exactly that? The other side are no longer persons, they become the enemy. Anyone who takes sides in a blood feud is merely perpetuating and feeding it.

Human rights is another example of groupthink at work. Being a person ought to be enough to guarantee life, liberty and human dignity, right? Not so in our society. We are conditioned to think of these things in collectivist terms so that groups have rights but people do not. The GSA groups are an unfortunate example of this. Subscribe to the party platform and they will grant you protection. Deviate from the party platform, even for reasons of conscience, and they will come down on you like a ton of bricks.

Don't believe me? A Hollywood actress recently announced that she has chosen to be a lesbian. Her announcement was greeted with scorn and criticism by gay rights groups because she violated groupthink by implying that her sexual preferences were a matter of choice.
Posted by Freyr at 14:38

A wonderful example of "groupthink" is the various environmental deep green outfits, such as, wait for this: "Global Mindshift"

Just goes to show you that the gay rights groups are being hypocritical. I thought "gay rights" applied to all gays, not just genetically/biologically predispositioned ones. Like I read back in Gr. 10 with George Orwell's Animal Farm:

"ALL ANIMALS ARE EQUAL, BUT SOME ARE MORE EQUAL THAN OTHERS"
- George Orwell, Animal Farm, Ch. 10

Hypocrisy involves an element of deception or a lie. One can have sincerely held beliefs which are quite wrong. Groupthink involves holding beliefs for the sake of being accepted by a group rather than for the sake of their truthfulness. A cultural Christian is indulging in a form of groupthink. Groupthink is not about what you believe but WHY you believe.