The days when we received a copy of Humanae Vitae and were taught that contraception was intrinsically evil are long gone. These days, so it was reported, "progressive priests" (Basilians) are speaking with the boys about homosexuality. Following the homosexual gang-rape scandal, the school is now even considering "re-educating" the boys about "homophobia".

St. Mike's is clearly on a trajectory that is no longer Catholic. The results are all to clear. It is a spiritual disaster.

Let us review what St. Mike's has been up to over the past few days:

The school (embroiled in a homosexual gang-rape scandal) has published a photo of the homosexual "liberation" so-called "Rainbow" flag on its Twitter feed. (then, it was taken down, but not before screenshots were taken). The photo in question has the "gay flag" up in a classroom. And this, published by a so-called "Catholic" school, all over social media. Going, going, gone gay.

I shall leave that up to our readers to decide if the sounds of "hoikety choik..." will eventually be a thing of the past. 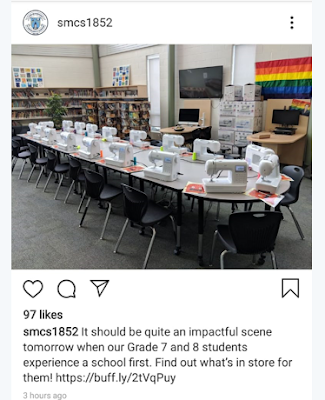 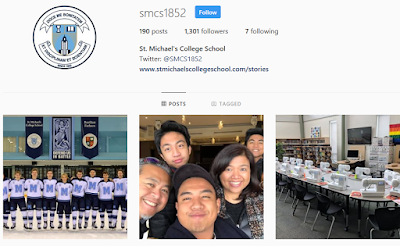 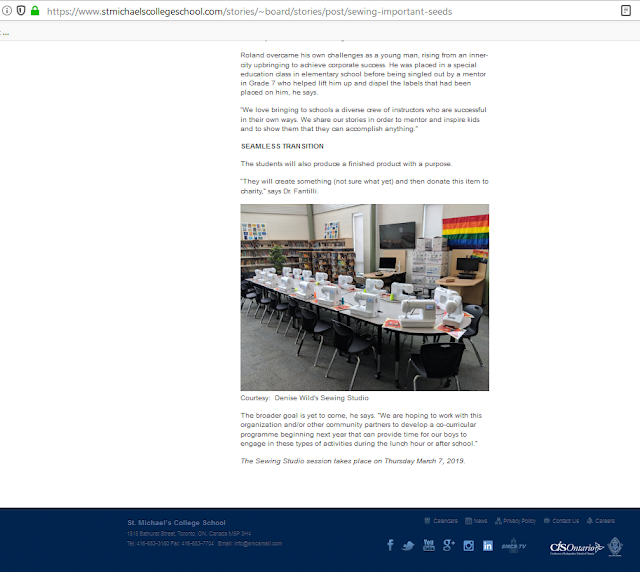 When I looked at the picture I just thought the rainbow flag must be the theological battle flag of the Basilian Order. Come to think of it .......

And what's with all the sewing machines?

There is a reason why Catholic leaders and schools, both separate and private, have never helped to push back the radical sex-curriculum that has entered Ontario schools. We now know what it is: they agree with the anti-Catholic explicit content like gender fluidity and the promotion of homosexuality. The silence on the part of the bishops has been especially notable. Parents realize that you are on your own, even in the private schools. Catholics schools are "Catholic" in name only. And the teacher unions fully support the progressive agenda. In fact, they see faithful Catholics as the enemy. How pathetic!

Is there a point to posting the address and contact info of an archbishop? Do these "leaders" ever reply? TS