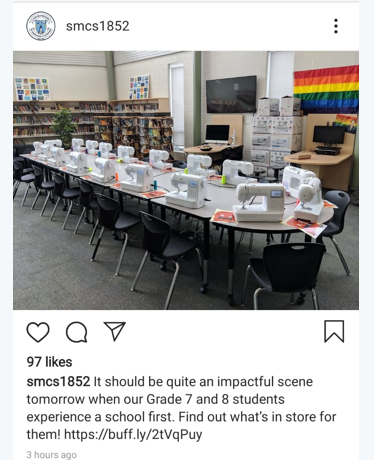 What is the homosexual  "rainbow" flag doing in a St. Mike's classroom?

(Update: now, we are told the school merely reproduced a photo from another school. As if this answers the question as to what a Catholic school is doing pushing pro-"LGBT" propaganda).

St. Michael's College School, the once venerable Catholic institution, founded in 1852, has surrendered to the homosexual and gender ideologists. The above screenshot, taken from Twitter, was sent to me by a fellow alumnus last night. Irenaeus, has since sent me screenshots of the promotion of homosexuality on St. Mike's Instagram account. 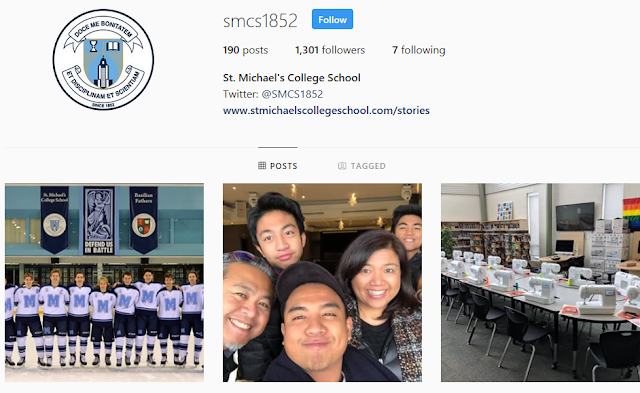 Catholics need to ask the Basilians, who run this school, why St. Mike's supports homosexual activity, when Sacred Scripture, Tradition and the Church condemn homosexual acts as always gravely sinful?

We need to ask the Basilians: what signal are you sending boys and young men, especially in an ALL MALE environment, when you endorse homosexuality?

We need to ask these Basilians: do you self-identify as homosexual? Do you dissent (as evidently you do) from Catholic teaching? Yes, these are tough, but necessary questions. Just who is running the school? Just what influence does big money have on the direction of St. Mike's?

From the Catechism of the Catholic Church:

2357: ... Basing itself on Sacred Scripture, which presents homosexual acts as acts of grave depravity, tradition has always declared that "homosexual acts are intrinsically disordered." They are contrary to the natural law. They close the sexual act to the gift of life. They do not proceed from a genuine affective and sexual complementarity. Under no circumstances can they be approved. 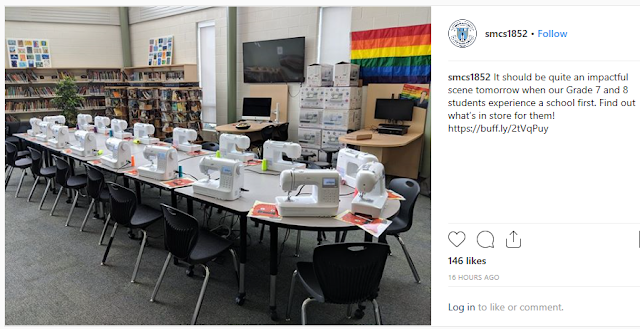 To those suffering from same-sex attraction, the answer is not an encouragement to sin, but rather, to virtue, to holiness: The late Monsignor Foy wrote:

To all homosexuals we say: Peace, Hope, and Joy in your daily pursuit of chastity and holiness. God be with you! May you always keep in your hearts the words of St. Paul, “You are not called to immorality but to holiness".

Friends, we need to contact His Eminence Thomas Cardinal Collins to wrest this school away from these dissenters. It will be tough, perhaps impossible.

We remember that it was the Basilian priest, Fr. Thomas Rosica, who led the charge against Dr. David Mulroney, during the time when His Eminence wanted to reform St. Michael's College, University of Toronto, from its increasingly secular, anti-Catholic academic stance, and decadent student life, respectively. Sadly, Rosica and his allies torpedoed the Cardinal's efforts. It is the same, (now disgraced) priest who was selected by the Basilians as their spokesman for the homosexual gang-rape scandal that broke last Fall at the school. The school has been decadent for years.

Let us expose this grave evil at St. Mike's. Catholic parents wake up! You are being lied to and fooled by dissenting priests who have betrayed Christ, the Church, and the saintly Basilian fathers of old. Priests such as Fr. Volpe, Fr. Enright, Fr. Foy and Fr. Thompson.

Office of the Cardinal

In a word, all of this is sickening.

Sadly this battle is going to left to the parents. Catholic leaders will not help. Parents must be willing to pull their children from the school. But don’t count on it.

Wrong school, the picture is an elementary school. If you read the article it is about this program: Denise Wild's Sewing Studio.

Non sequitur. St. Mike's claimed the gay "flag" when they decided to publish the photo - wherever it was taken - on their Twitter and Instagram accounts.

Let me ask you anonymous 7:13: do think it is Catholic for a Catholic school to publish photos of the so-called Rainbow flag". If so, why. Please support your defense from Sacred Scripture, Tradition and the Catechism. This blog is not a "chocolate club" where we all feel mushy, gooey, where we all are "nice", and where we all wear smiley faces excusing sin. Sin is sin, even if it is the "flavour of the month".

Why do you believe this photo should not have been posted on the school's Twitter and Instagram feeds? It is not our fault that the school stupidly publishes photos as if it were in one of its own classrooms, is it?.

Unfortunately, we are aware that this photo is even on the school website. What kind of signal does this send? Just what are the dissenting Basilians teaching? How is it possible that an approving photo of a gay "flag" IN A SCHOOL (any school!!!) could be put up on a "Catholic" school's social media platforms?

As to fake news What does the title of the post read? So no, the actual fake news is that St. Mike's remains a Catholic school.

Finally, I do hope, Andrew, you did not pick up the misleading propaganda phrase "LGBTQ community" at the school. That, itself, is surrendering to the control of language, as pushed by homosexual activities.

Andrew Lobo, your parents are being ripped off for their hard-earned money and you are being used.

Don't be a fool unless it is a "fool for Christ."

Andrew, maybe it is time to consider leaving St. Mike's?