St. Michael's College School: A tale of betrayal of the Catholic Faith by the Basilians 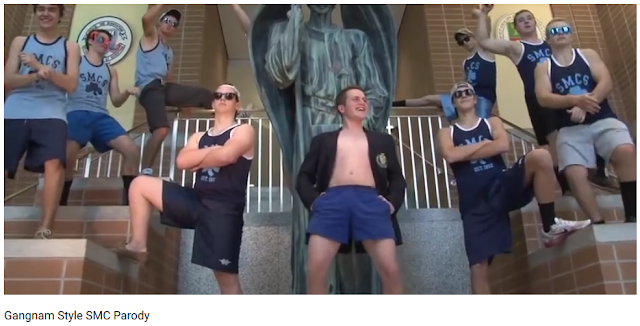 St. Michael's College School has been corrupt for years. The Basilian Order, once revered Catholic educators, have betrayed Our Lord, St. Michael and a legacy that goes back to 1852. The Basilian priests, who run SMCS, are in the process of demolishing any last vestiges of Catholic education at this once venerable beacon. 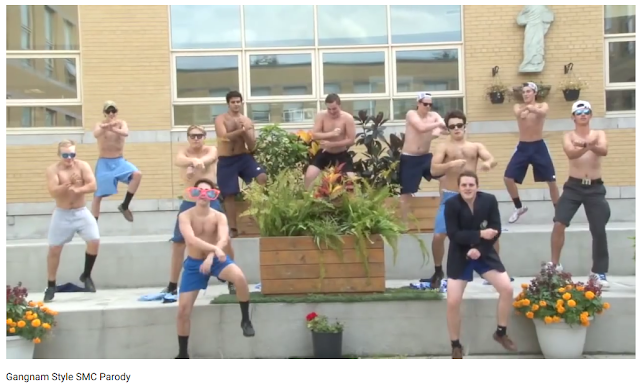 St. Mike's was once a hallowed institution that provided outstanding Catholic education: even in the face of Orange Toronto and anti-Catholicism. Now, it is merely a fashionable, conformist, secular, prep school for sons of well-to-do nominal Catholics. Obviously, there remain a remnant of serious parents, who are trying - hoping! - to obtain for their sons a true Catholic education. Poor parents, they are being deceived. Please pray for them. 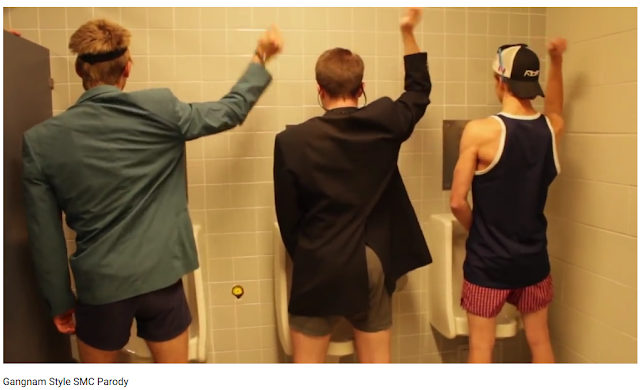 As a graduate of St. Mike's I am ashamed of my former school. "Former", for the "real" St. Mike's is dead. The school of old time, loyal Basilians, such as my former teachers: Frs. Rocco Volpe, Joseph Thompson and Dennis Foy is dead. These holy priests have all been betrayed. 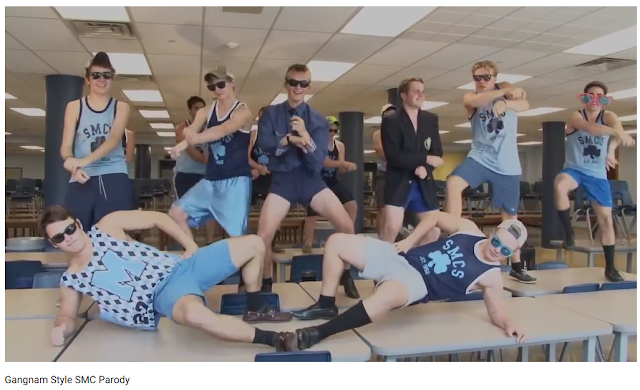 The disgusting, pagan behaviour of the boys who engaged in an alleged homosexual gang rape, (that had to be exposed by the media, as seemingly the school authorities were trying to cover up the crime in typical "churchman" fashion), is a symptom, not a cause.

The cause of the boys' evil behaviour is sin. A lack of the Catholic Faith.

A few misguided individuals, in the media, are claiming the actions of the alleged rapists are motivated by "toxic masculinity". The problem is, so they say,  that it is an all boys school. This is a foolish error driven by the feminist movement. Firstly, the school has been in existence since the mid 19th century, without such grave evils. Secondly,  masculinity is as "toxic" as water is "dry". 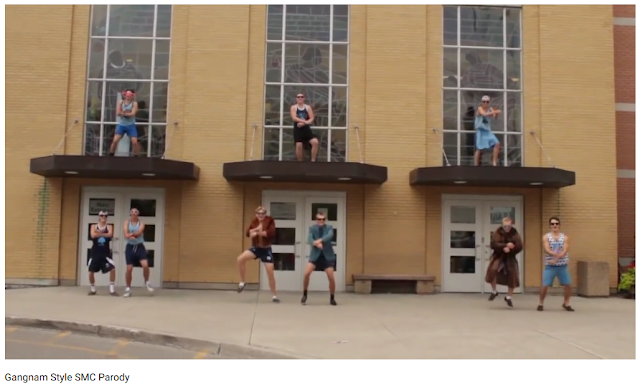 Do these boys believe? Do they come from families that believe? Is Jesus Christ God or not God? What is my relationship with Him? The fact is, good Catholic young men, do not engage in such activities. NO real man would.

Truth be told, the school has been sliding for many years (e.g. drug use), allowing boys in from nominal Catholic families. Even the letter released by the school authorities tells us a lot: completely secular, no mention of Jesus Christ, no mention of sin, no mention of prayer for the victim, no mention of the school community undertaking an act of reparation, AND COMPLETE SILENCE FROM THE REAL SOURCE OF THE PROBLEM: THE BASILIAN FATHERS.

Let there be no mistake: I repeat, for emphasis: St. Michael's College School is being destroyed by the Basilians Fathers.

Let us not be deluded fools by trying to find a solution in secularism. The alleged homosexual gang rape did not just happen. Young men, striving to be Catholic, do not suddenly decide to (so we are informed by the media) sodomize a fellow student with a broom handle, film this homosexual rape, and then proceed to distribute it on the internet. These boys, well before the incident, were long brutalized and paganized.

For years, there have been tell tale signs of corruption, decadence and a serious lack of the Catholic Faith at St. Mike's.

Today, I shall present to readers, students, former students, parents, and prospective students (with their parents) a video put on youtube in 2012. The screenshots are taken from the video, which was posted on September 28, 2012.


This shameful, extremely vulgar video was filmed right on school property. It has nearly 20,000 hits. It is impossible that the school authorities have no knowledge of this disgraceful video, that dishonours what St. Mike's once stood for: an integral Catholic education.

Judge the video for yourself: are these St. Michael's Men? Is this video Catholic? Indeed, even remotely Christian? Or, is it a disgrace, a shocking insult to the real St. Michael's Men, and the Catholic priests and lay teachers who worked so hard to offer a true Catholic education?

Parents - WAKE UP! Do not allow the school authorities to intimidate you. Withdraw your sons - NOW - go on "strike". STOP paying tuition.

If you wish to save our school, DEMAND that His Eminence Thomas Cardinal Collins take over direct control of St. Mike's and remove the toxic presence of the Basilians.

Demand the resignation of the ENTIRE Board of Directors.

In a later post, I shall discuss the scandalous presence of Nick Di Donato '76 (of same-sex weddings at Casa Loma infamy) on the Board of Directors of St. Michael's College School.

Office of the Cardinal

The problem is larger than this school and the Basilians. A malignant feedback loop has become entrenched that drags the whole community deeper into depravity. The Basilians are also chaplains of KofC mafias and CWL covens attended by the school's parents. Those chaplains can influence the status of the parents, making lucrative church-related jobs and positions available to them. The parents have therefore not held the Basilians accountable for bad behaviour toward their children and co-operated in covering up. The decades-long history of clergy abuse and omerta is evidence of this. The non-private schools are also subject to this problem. Until this whole complex is broken up, Catholic children will continue to be sacrificed on the altar of vanity.

It would be nothing short of a miracle if the cardinal got involved. How sad!

Boys dancing in their underwear and touching their crotches. It all looks very homosexual to me. TS

Meanwhile young women of Faith find it hard to come across a genuine Catholic man, while being preached to to marry and have large Catholic families.
#1 Where are real men who know their Catholic Faith?
#2 How many have decent income jobs to support their wives and large families?
The Bishops in the US are more worried about bringing in Fed bucks for resettling
illegal immigrants ! Large Catholic families whose fathers have set backs in employment and whose wives because of raising children, have never worked outside the home are told by their pastors ,"Sorry we can't help you .Go to your local food bank."

Yep, the Catholic Church full of sodomite priests Bishops and Cardinals has no idea how to preach or counsel young males or men . If they preach against sexual vice they know their own perverted secrets might be exposed. It has always been easier to blame man's shortfalls on girls and women.

Why don't we get to know the author of this article? SMCS is a great school and has appropriately evolved in modern times. This article sounds like a slam against the school and Mr. Donato and leaves me curious what the motivation is in doing this.

Getting to know people can be interesting "ANONYMOUS 5:45", can it not? Actually, this entire outrage is not about me, but about the perverse direction the school has been taken by dissident Basilians. You mention the school is "great". If St. Mike's teaches Catholic doctrine without compromise (and today on the Feast of St. Stephen, the protomartyr, is an excellent day for recalling pure, untainted, and uncompromising proclamation of the Truth of Jesus Christ), then indeed that would be "great". As to "appropriately [evolving] in modern times", as Fr. Joseph "Old Man" Thompson taught us boys in the 80s, - and I paraphrase - "trying to build truth on time is one of the weakest of arguments, as time is always changing...". Therefore, your logic is that the school can be one thing in 1950, another in 1990, another in 2018, and then another in 2025, ad infinitum. Do you see how absurd your argument is? Readers are aware of the teachings of the Catholic Church on sexual matters, including the intrinsic evil of homosexual activity. St. Pope John Paul II himself, a number of times addressed the "evil", of so-called homosexual marriage.

Readers do not know ANONYOUS, your connection - dp you even have one?? - with the school. Perhaps you should inform us? If indeed, you are a graduate: you stole a valuable place at that school for a boy who actually takes his Faith seriously. If you are a parent, you should walk the walk, and withdraw your son from the school.

1, having said that, the Boys who attend that school are trying to bring some Modern Parodies into the strict life of a student at that certain school.

2, Having not known them yourselves, it does NOT mean that you can assume they are Homosexual. Perhaps judgement based off said actions with no prior knowledge to the certain events and certain trends may impair brains of individuals that believe they know everything!~

3, I understand that many actions seem "un-Christ like", yet when did the bible tell people off about having fun?

It is clear you do not understand what you are talking about.

The "Gangnam Style Parody" is a fun parody. Boys touching their crotches is one small part and it is a dance in the song. Using your logic, why not call Michael Jackson homosexual, since his dance included holding your hand over your crotch?

So please, educate yourself, because right now, you are the one who is bringing disgrace to SMCS.