How Catholics need to enjoy Beauty: does your mother know you like music? 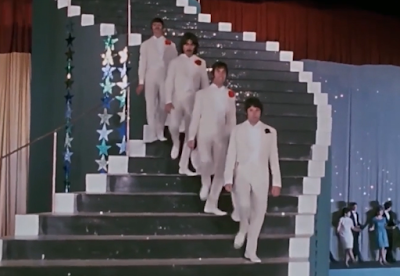 Dear friends, in this time of madness, it is once again an opportune moment for a musical interlude. Let us listen to some British Hall Music, presented to us by The Beatles, from their film, "Magical Mystery Tour", released in late 1967.

The video you see is delightfully British. Little did The Beatles realize, that this little film beautifully encapsulates Great Britain in all her lovely, delightful, eccentric glory.

No one, but a Briton could have written this song, conceived this film, choreographed the sentimental, sweet, dance.

British viewers will immediately perceive the absolute Britishness of this song and film.

Enjoy!!! But do not forget, pray for the Pope. Poor Pope Francis who needs prayer more than any other living person.... Pray for the Church.
Posted by Barona at 20:29