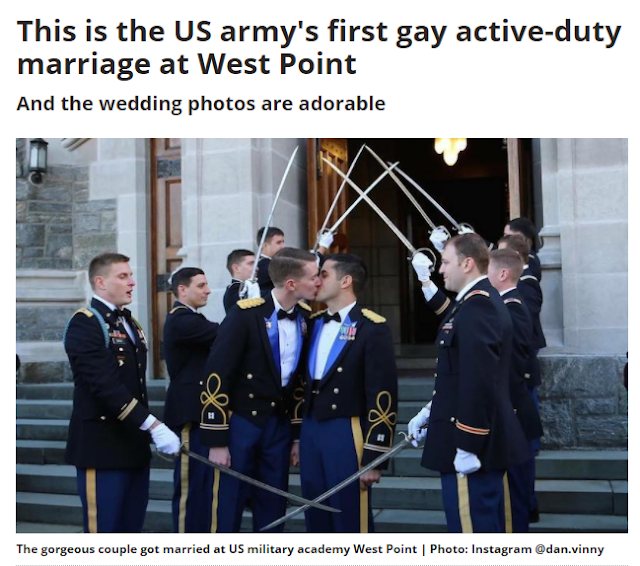 We should therefore not be surprised that nation after nation, are falling further into a vicious neo-paganism. The promotion of "gay culture", the gender-ideology of "LGBT", is being used by very powerful, international forces who despise and hate Christ, and seek the destruction of His Church. These men, who use homosexuality as a cudgel against Christian civilization, know exactly what they are doing. They are - at the very top - Occultists, Luciferians, Satanists. It was just the other week that Mexican Cardinal Sandoval denounced the "gay liberation movement" as being driven by a highly financed, international elite, based in the New York and London.

History shows that sodomites, as they fall deeper and deeper into sin, enter the ever darker, satanic world of sado-masochism. That homosexuals were in the SS and Gestapo was a totally expected thing: what better job could a homosexual look for, than spending his days getting his perverse sexual kicks by torturing other men? So obvious was this homosexuality amongst the Nazi elite, that the Italians in the 1930s referred to it as "the German disease". The Brown Shirts were rife with sodomites. When disbanded, these sodomites simply joined the Gestapo and SS. Nazism was replete with a hyper-masculinized homosexual sub-culture. 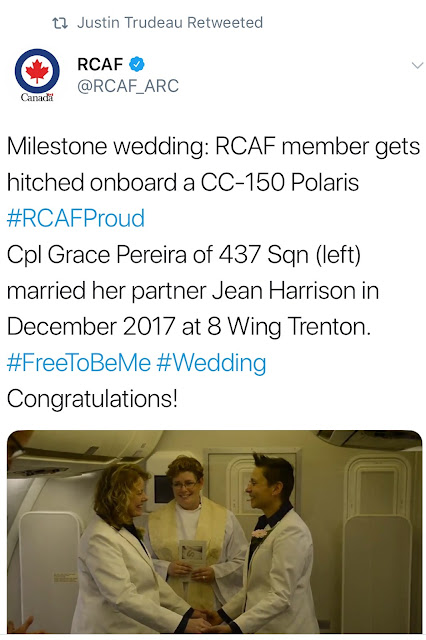 As I write, Canadians, Americans (and others) should prepare for a military that will one day be controlled by this international elite. To control these militaries, homosexuals will be placed in high positions of authority. With sodomites in control, the few remaining Christian will (and are) being driven out.

In Canada, we just had the horror of two lesbians getting "married" on a Royal Canadian Air Force jet.

In the United States, we have just had the horror of two sodomites getting "married" at West Point, replete with a "dis" honour guard.

Sodomites too are being promoted into the nomenclature. This is very sinister.  For example, Richard Grenell, a former diplomat, and high ranking Republican, is the nominee for US Ambassador to Germany. He is a practicing sodomite. His sin cries to Heaven for Vengeance.

God will not be mocked. Be prepared.
Posted by Barona at 11:30

Mentioning the Gestapo, the Nazis' spy organization, the western intelligence community is known to be over-represented by sodomites. US Army Intelligence used to deride the CIA as "a bunch of faggots". A civilian analyst who worked in a CIA-sponsored think tank estimated that at least 50% of the CIA members were homosexual. Kim Philby's treasonous circle of spies at Cambridge University were all homosexuals. If spies have infiltrated the Catholic Church, you would expect that many among them would be sodomites.

Neither Canada nor U.S. are fascist countries. Don't believe me? Contact George Soros' Antifa about your antipathy for sodomite rites/rights--then let us know what they tell you.