George Weigel: Just who is this man and what is his agenda? 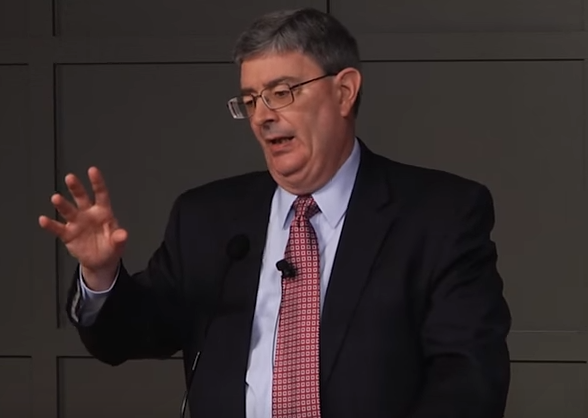 George Weigel, wealthy Beltway resident, hard-core Zionist, Americanist- Catholic and self-declared "theologian". Just who is this man, and where did he come from? Just how did George Wiegel become a "theologian" on a graduate degree (on Karl Rahner), from the neo-modernist St. Michael's College at the University of Toronto? I'm sorry, but having a graduate degree from St. Mike's on Karl Rahner hardly qualifies one as a "theologian". I think someone like Fr. Stanley Jaki with an actual doctorate in theology is a theologian.

This is all actual fluff. The ridiculous "theologian" persona of Weigel is mere pomposity. I want to know just who is this Weigel. How did George Weigel, who graduated in 1975  go from a obscure lecturer at a very low-end seminary in Seattle which closed in the Fall of 1977, to suddenly becoming a leading neo-con in the Beltway? Well, he started in the late 70s being recruited into the proto-neocon "World without War Council" which ironically advocated war to end war!

In the mid 80s Weigel was recruited into the Wilson Center. Why this interest in Weigel? Just who and for what reason was he recruited? How did Weigel, an obscure "theologian", suddenly became the toast of powerful, neo-con, Washington D.C? Just what connections did and does Weigel have to move in such exalted circles with neocon power brokers? Is Weigel "their man" to move amongst the exalted circles of the American hierarchy, advocating for Catholic support for the neocon political agenda?

Who can forget the vile support Weigel gave to the criminal invasion of Iraq that has led to the destruction of that ancient civilization, and the deaths of over 200,000 civilians, and millions more living in poverty, and fear of constant violence and death? Nearly 5000 American boys have died for this foreign war, with tens of thousands suffering life-long PTSD (estimated at 30%); not too mention broken families, suicide (about 2 dozen per day) and poverty when they returned to the States. The leading war criminals who prosecuted this war are free to this day and live in luxury. Weigel even had the arrogance to try to "correct" Pope John Paul II, who would have none of this war-mongering and imperialist adventurism. 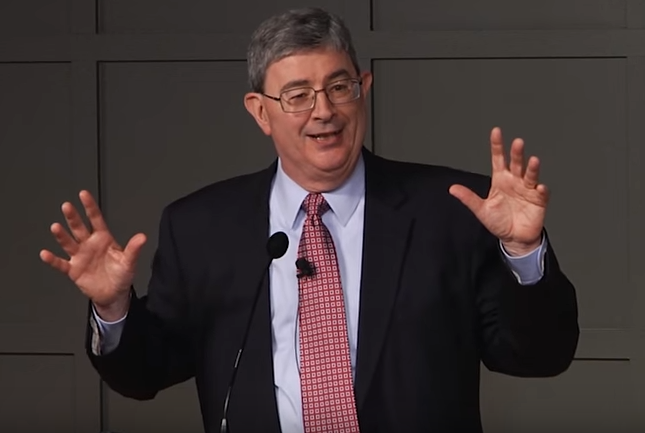 Just what connections did Weigel have to become a: "distinguished fellow" of the neo-con "Ethics and Public Policy Center", the "Project for the New American Century", the "National Endowment for Democracy", the "Friends of Israel Initiative"?  Each of these organizations is intrinsically anti-Catholic. Their objectives are not in favour of Our Lord Jesus Christ and the Catholic Church. They are all opposed to Christ's Church.

Weigel has been a loyal servant of his political mentors: churning out hundreds of articles and over 50 books. He has created a cottage industry of mixing politics and his strange brand of Catholicism, and it has proven to be for Weigel, a very profitable cash cow. So profitable it has been that Weigel lives in the wealthy Rockville-North Bethesda neighbourhood in Montgomery County, Maryland, and vacations regularly in his summer cottage in the Outaouais region of western Quebec.

The various signatories and leaders of these organizations have far from their thoughts, Jesus Christ and His Social Kingship over Society. Pius XI wrote in Quas Primas that Our Lord should be publicly recognized by the State, is absolutely anathema to men such as Paul Wolfowitz, Elliot Abrams, Robert Kagan, Aaron Friedberg, I. Lewis Libby, Carl Gershman (interestingly once an "officer" of the "Young People's Socialist League) and so on....


There is no incongruity between socialism and neo-conservatism. Both are secular and promote a materialistic messianism. As with Karl Marx and David Ricardo, so too with the socialists and neo-conservatives. The "disagreements" are an "in-house" dispute. What is not disputed is: secularism, messianism and globalism imbued with a virulent anti-Christian worldview. One would have to be a complete fool to think that (e.g.) William Kristol of the PNAC and the EPPC (both of which Wiegel belongs to) thinks in terms of Our Lord Jesus Christ, Sovereign King.


George Weigel has consistently advocated for wars of aggression, sponsored by neo-cons and the Zionist State of Israel. Weigel even had the audacity to claim that Pope John Paul II and Pope Benedict XVI were wrong in their assessments of the Middle East situation. The never-ending blood bath has since proved the two Popes correct. Weigel even signed the neo-con war-mongering 1997 PNAC "Statement of Principles" which included the following text:

Friends, keep far away from George Weigel who has devoted his life to a career as a neo-con shill.
Posted by Barona at 13:57

He's probably on the payroll of George Soros, as so many other fake theologians are in team Bergoglio.

So glad you wrote this and exposed all of his fakery!

So very tired of him and his name everywhere. I have not nor ever will read any of his books. Just one article was painful for me to read. Such pomposity and fake gravitas.

Wish he would just go away. Altho, like others, I suppose God uses him for some purpose we cannot see.

I's love to see Weigel's answer to your question re Quas Primas in a face to face.

A very good expose, joining some important dots about a person who has frequently been presented as a "superCatholic". Thank you.

It's so easy to be a pretend Catholic.

He basically became famous because he wrote the biography of pseudo-saint John Paul II. And neo-conservative Catholics, although disagreeing with JPII on the Iraq war, still consider him the Greatest of All Time History™

He boasts of having convinced St John Paul 11 that radical privatisation was necessary in Eastern Europe, despite the human suffering caused. He seems to be an apparatchik of the military-industrial grouping in the USA. Fact that he rabidly opposes tradition means we are on the right track and that the Church is not an ideological pawn of the left or of the right.

The National Endowment for Democracy is a front for the CIA. The University of Toronto is crawling with CIA recruiters. My American college don was a rather obvious spook running a Crusade for Freedom cohort in our residence. Here's some information on the NED:

Pompous is as good a word as any.

I was disappointed some time back to read a priest I respect, Father George Rutler, wax almost poetically about Weigel.

Quoting, "Weigel’s classical theological formation and his own urbane humanism made him a good fit for understanding Karol Wojtyła, and it would seem that the Holy Father sensed the same, enjoying his company and table talk."

Wow. I didn't know his educational background was that sketchy. I (a real Ph.D., by the way) did, however, know he was a shallow apologist for neocon, neo-"Catholic" positions. This, apparently, is a lucrative job and I doubt he's going to jeopardize the swanky digs for anything remotely orthodox and true to the teachings of Christ. Why would he? Most cardinals and bishops today will also say just about anything to keep their cushy positions. Why worry about that pesky assignment from God: saving immortal souls.