"THANK-YOU" BARACK OBAMA for your Eight Years in Office

Barack Obama's Legacy: Genocide of Christians abroad; the promotion of abortion and homosexuality at home.... 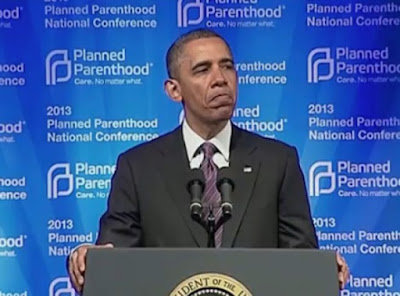 Recently we were being told by the self-admitted "liberal democrats" (e.g. Freemasons and secularists) who run the CIA, NSA and FBI that those same organizations are not politicized. If someone believes that, I have some ice to sell them from the middle of the Sahara.

The fact is, that these organizations are highly political and becoming increasingly so. From the "weapons of mass destruction", to the hand over of Libya to terrorists, to the on-going support of Moslem terrorists in Syria. It all has a distinct pattern.

Barack Obama, just gave his "farewell" address the other day in Chicago before fawning sycophants. (An interesting issue would be how much it cost. Probably several millions of dollars). What he did not do is remind his audience of the Christians in the Middle East about their forced "farewells"; either from this world as martyrs, or fleeing to escape massacre by the various and sundry terrorist groups that have sprung up like mushrooms during his administration.

Obama, rather than concerning himself with this unfolding horror, was more interested in promoting abortion and homosexuality - the two key pillars of his administration.

As Obama informed militant homosexual activists at a gay "pride" reception held at the White House:

"...I am grateful for all that you’ve done to work with us to accomplish some amazing transformations over these last seven and a half years".

Sadly, from American Airlines to General Electric, or the Jesuits to now most "Catholics", "amazing transformations" have been wrought by the spread of a neo-pagan pan-sexualism.

To conclude: it is worth reminding readers just what this man's legacy is for Christians in the poor, suffering, Middle East.


DAMASCUS, SYRIA (Worthy News)-- Christians are being targeted by Muslim rebels according to the Vatican and other sources amongst besieged Syrian Christian communities.
According to reports by the Vatican's Fides News Agency, the US-backed Syrian Army are sacking churches and issuing threats that all Christians will be cleansed from rebel-held territory.
"The picture for us is utter desolation," said Bishop Philip Tournyol Clos, a greek-Catholic Melkite Archimandrite. "The church of Mar Elian is half destroyed and that of Our Lady of Peace is still occupied by the rebels. Christian homes are severely damaged due to the fighting and completely emptied of their inhabitants, who fled without taking anything."
Asked whether it was the Free Syrian Army that was telling Christians to get out, Agnes Miriam, Mother Superior of the Monastery of St. James at Qara in the Diocese of Homs, said "yes ... it was commander on the ground, Abdel Salam Harba, who decided that there was to be no more negotiations with Christians."
She said Christians refused to back the rebels, so the rebels used them as human shields.
Original source.
Posted by Barona at 13:47

Hussein was a musloid.