THOMAS ROSICA: THE END OF A CLERICALIST 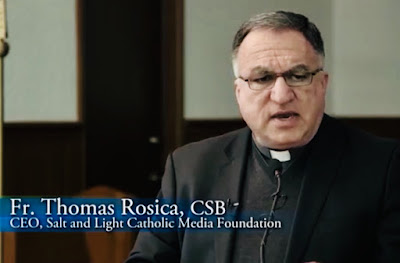 Disgraced serial plagiarist and toxic litigant (the persecutor of Vox and Fox Cantoris, the Chinese Catholics), Fr. Thomas Rosica, CSB, once the darling of the clericalist elite, a hobnobber with billionaires, multimillionaires, cardinals, bishops, politicians, celebrities, and even the Pope, has come crashing down.

Rosica, soared in flight on the two wings of arrogance and pride, but finally crashed and burned in spectacular Icarian fashion.


Exposed as a notorious, decades-long serial plagiarist, the toxicity of Rosica was even too much for the Board of Directors at Salt and Light, which had bent over backwards to excuse and protect the wayward priest since the scandal broke in February of this year.


However, four months of continual exposure of Rosica's plagiaristic proclivities whilst remaining as CEO of Salt and Light, finally had its toll, and Rosica was asked to resign (ousted?) from S and L. Even by their very low standards, the noxious toxicity of Rosica was too much. Their brand (such as it is), was being affected. Money talks, and Rosica had to go. 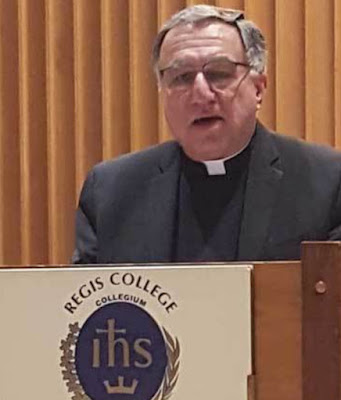 The next question is: when will Regis College at the University of Toronto revoke the honorary doctorate they gave Rosica?
Posted by Barona at 17:23

Tom deserves this smackdown but it is hardly a good ending.

A creature of Regis College and its apostate Jesuits? Lately, it's hard not to take a second look at claims the Essjays have been infiltrated by the Illuminati. Sounds crazy, but it's ever harder to deny that something has wormed its way into the Church as is wreaking havoc. And, it's not hard to find secret societies on the University of Toronto campus. They found me repeatedly while I was there.