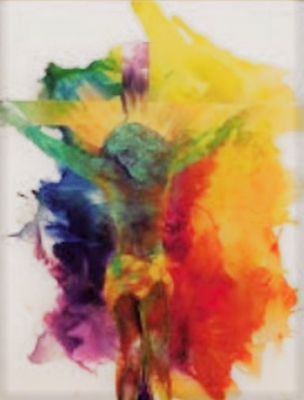 In my previous post, "Pink Swastika Rising: Homosexuality and Nazism", I briefly outlined the historical roots of Nazism in homosexuality, and its  fusion of anti-Christian neo-paganism with sexual perversion. St. Paul, St. Jude and St. John Chrysostom (for example) all identified godlessness as the root cause of sexual deviancy and perversion. The saints pointed out that the darkening of the mind through godlessness, leads to a rejection of God and His creation, opening the door to the human mind being seduced into unnatural sexual vice.

It is no coincidence that homosexuality was rife in the ancient world. Only amongst one people was unnatural vice seen as sin: Israel. The recent statements by revisionist writers that Our Lord did not mention homosexuality and therefore that He approved of such activity is preposterous and blasphemous for a number of  reasons: 1) God does not change; His Moral Law does not change: male and female He created them; 2) Our Lord had no reason to discuss homosexual practices with the scribes and pharisees, as all in Israel knew homosexuality to be a grave sin. We do however, have one incident where Our Lord responded to a case of sexual sin (adultery) brought before Him. His response was go and sin no more your sins are forgiven you.
The Catechism of the Catholic Church [2396] lists homosexual practices as graves sins.

In 1968, following the issuing of Humanae Vitae, there was an explosion of dissent. Monsignor Vincent Foy documented the tragic and lamentable influence of the late Gregory Baum in orchestrating rebellion against the sanctity of the Marital Act. Baum, logically, also dissented on the issue of  homosexuality, and held great influence here in Canada and abroad amongst "rebellious theologians" (Mgr. Foy).

The result of rejecting Christ's teaching on Matrimony, was the acceptance of "alternate lifestyles" (see the above link on Mgr. Foy). That is, sexuality was not for unity and life, it was for "love".These "rebellious theologians" having rejected God's truth about sexuality, turned their lust into a new idol.

A number of other leading dissident priests need to be mentioned. Fr. John MacNeill S.J., and Fr. Donald J. Goergen O.P., were two leading figures in the early and mid 1970s. Indeed, homosexuality was so rife in some seminaries, that they had to be closed. St. Bernard's Seminary in Dubuque, Iowa was shut down in 1969 due to rampant homosexuality, as  the late Fr. John O'Connor revealed.

These pro-homosexual theologians were, in their writings in a different, yet similar manner following the earlier homosexual Nazis. Both groups were all male environments and under obedience to superiors. Both hold the superiority of the homosexual over male and female. Both groups also were fundamentally anti-Christian and developed intricate gnostic ideologies to justify their evil. Whereas the Nazis strove for a homosexual supermen to rule over the "Aryan" nations, the dissident homosexualist priests strove for a gnostic homosexual priest to rule over the Catholic Church. Nazis sought their twisted justification of homosexuality by looking to the ancient world and the occult; homosexualist priests look to gnostic writings and humanism. Both worlds are linked to the satanic.

This satanic influence has led the Gnostic theologians to "queer" what they call "Christ". The earlier advocacy for "alternate lifestyles" was merely to soften opposition to homosexuality, as the homoerotic gnostics never considered themselves "equal" with anyone. No, they were and are a secret, superior type of human according to their ideology. They are a superior caste unto themselves, reflecting the Nazi superiority ideology of the earlier homoerotic warriors of the Third Reich.

For the homoerotic theologian, homosexuality is not only justifiable, but a link to the "divine". Homosexual practices become a type of "sacrament". In this, they accept and parallel occult beliefs that sexual activity is a form of "magick", as was famously advocated by occultists, such as Aleister Crowley. According to  these "queering Christianity" theologians, Christ was a homosexual who had homoerotic encounters with at least two disciples: St. John and St. Thomas. Further reading on this can be found at Joseph Sciambra's excellent website [warning: graphic and very disturbing content]. Within the priesthood these  "queer" theologians regard themselves as a part of a superior, secretive group enlightened in the hidden homosexual tradition of Jesus and His disciples.


Buechel then proposes that the encounter between Our Lord and St. Thomas was essentially a homosexual encounter:


Part Three: Pink Swastika Rising: Homoerotic Gnosticism is an Ideology of Evil
Posted by Barona at 09:50

Excellent posts!
The Vatican is soft on paganism which proves nothing they can say or do will be truly Catholic until they become serious about sweeping out the filth.

And of course at least Gregory Baum was himself a homosexual, no? Most people who defend it surely are, so when we see Catholic priests advocating for it or encouraging extreme care toward it, we can be sure we better not leave our little boys or young men with these.
The world is an unholy mess.

Andy Buechel and his kind are preaching another religion.
As you say, it is Satanic.
Crowley summed up his Thelemic anti-gospel with his infamous utterance:
'Do as thou wilt shall be the whole of the law.'
The occult attracts many of the old Counter Culture hippies as well as their children. So we have no difficulty in distinguishing it from Christianity. We know when food is rancid by its smell.

Heresy is far more dangerous because it is espoused by sincere men who think of themselves as Christian; cults such as the Jehovah Witnesses started in this way; heresy can smell like roses.
'Queer theology' is a bigger threat to the church than Marxism ever was.
And it isn't going to go away.
This is the heresy of Fr. James Martin; that Pope Francis appointed Martin in such a key role tells us everything about this papacy and its death-wish tendencies.
The papal strategy is to endorse homosexual acts in a roundabout fashion by preaching 'reconcilation' with the LGBQ activists.
James Martin is the pope's man; Francis is using him to see whether the laity can be softened up for an about-turn in the church's moral teaching.
Sister Gramick (YouTube) has been suckered into this ploy; she is a simple woman who has been led astray by the homosexual libertarians inside the priesthood; 'reconcilation' with the homosexual agenda is for this confused nun an emotional cause.
They would love Sister Gramick in 'Sex and the City'; and they would love Pope Francis with his 'Who am I to judge?' posture.

Horrendous and prophetic , even Kindergarten children are sodomizing other children !
HOMESCHOOL your children. Do not hold your breath for priests and the Vatican to speak out against sodomy.
They are COWARDS.
http://www.wzzm13.com/article/news/local/grandville/child-sodomized-by-classmates-assaults-recorded-on-school-issued-ipads-lawsuit-claims/69-531027866

Baum taught at McGill University--wonder if he's to blame for Trudeau.


Trudeau has a bachelor of arts degree in literature from McGill University and a bachelor of education degree from the University of British Columbia.
https://en.wikipedia.org/wiki/Justin_Trudeau

You people are fucked. The judgement you pass is the ultimate sin beyond anything someone could do making their own choices. You're efforts to control people will only further destroy your faith as people see the hypocrisy in what you say. You are all pathetic.

Apologies to readers regarding the exercise in vulgarity and futility by the linguistically impaired Anonymous 19:32. However, such a comment needs to be seen be readers to see: 1)the hatred; 2) the inability or refusal to admit the demonic evil of the "LGBT" agenda.

This is the result of spiritual blindness.

Friends, let us continue to love and pray for those trapped in same-sex attraction, that they may be called not to Immorality, but to holiness, as St. Paul taught.

I think Anonymous above was sent here by Michael Coren.

This is directed to the vulgar comment poster above.
Look into your own soul and your own experiences . Not so long ago a homosexual stood on my front porch .He was selling something. i stepped out to speak with him and in the course of the conversation I asked him when and with whom was his first sexual experience. He began to tell me about a relationship he had at nineteen with another male. I repeated my question emphasizing the question "FIRST sexual experience". He told me he was sodomized by a "mature" sixth grade boy when he was in fourth grade in the boy's bathroom of the Catholic school he attended. "Oh so you were a victim of child sexual abuse? I guarantee that boy was being molested by an older male himself." He thought for a moment and tears rolled down his face. He never realized that the psychological trauma of that initial sexual experience
set him on a road to a perverted lifestyle. He was in his mid forties when we spoke and confided he was extremely lonely after having left his older partner of some twenty years. He said it got to the point that he could not even go to the corner store without eliciting a jealous rage from the man he lived with. This is because a partnership based on lust is not love no matter how one tries to redefine marriage.
It's in the Scriptures that more happens to a man then just a sexual act when copulating. it's more commonly called "bonding" and it is psychosexual not just sexual.Which is why many victims of ssa report their pederast attacker stated ,"Now you are one of us." after abusing an innocent youth. Demonically they are aware this is how to grow their numbers.
Now you know ,so be honest with your self.