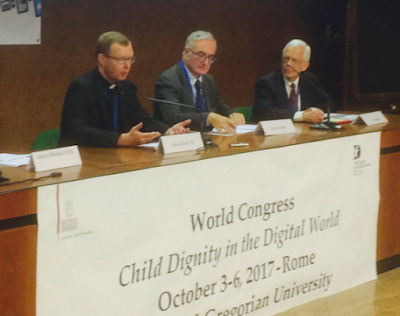 The entire Papacy of Francis is on the line says Canadian lawyer, Robert Talach, who specializes in clergy sexual abuse of children. He  stated that the Francis' Papacy will be nothing but a PR stunt if the Vatican diplomat, Carlo Capella, whom Canadian police have charged with possessing, downloading and distributing child pornography is not extradited to Canada immediately for trial.

The evidence now emerging is that American authorities became aware of his criminal activities in Canada and were preparing to arrest this evil man. Canada then would have extradited him for trial. The cowardly, filthy priest - who delights in viewing images and video footage of children - perhaps even babies being sexually tortured and raped - fled to the Vatican. Police are also trying to determine why Capella was in the obscure town of Windsor, Ontario.

"If Pope Francis has been nothing but a PR exercise this will prove it," said Robert Talach with Beckett Personal Injury Lawyers.

While the Vatican is busy with their deceptive, publicity stunt on child abuse, Talach informed the CBC that standard practice is rushing off to the Vatican priests who have been accused by authorities of abusing children. In fact, the phoniness has gone so far that these men who run the Vatican dare to offer "diplomas" and "Licentiates" on "safeguarding children! I wonder if the pervert Capella has a "Licentiate"?

Talach, whose specialties include cases involving sexual abuse by the clergy, said the fact Capella was whisked away by the church shouldn't come as a shock.
"I'm probably the least-surprised person in the world right now," he said. "There are lots of examples of hiding either offenders or people under investigation within the walls of the Vatican."
Talach cited Bernard Prince, a Canadian priest who was promoted to a top Vatican position despite sexual abuse allegations, as an example of the church's efforts to protect itself from scandal. Prince was living in the Vatican when accusations of abuse began to circulate, but he was eventually sent back to Canada, where he was convicted in 2008 of sexually abusing more than a dozen boys over a 20-year period.

We learn two very important facts from Talach: firstly, there are "LOTS OF EXAMPLES OF HIDING OFFENDERS..."; secondly, Capella can be sent back to Canada.

In contrast to Talach's challenge to the churchmen, we have this cover-up coming from the phony "sexual abuse" conference being staged (yes, staged) in the Vatican over the next few days. You will notice, that the Vatican IS NOT in contact with Canadian authorities! Hans Zollner SJ., REFUSES to mention Carlo "Carn Evil" Capella by name, nor admit that HE CAN and WILL BE extradited to Canada for trial.

Just watch the following. Also notice the stunned silence by the journalists. I think they just could not believe what they were hearing. NO shame, no apology, no proactive statement that Capella will be sent to Canada.

Nothing but a cover-up.

Friends, Rome is in absolute chaos. Though the public image is that of Francis running the Church; the fact is, I believe, that a small band of extremely well educated and evil men control this unstable and emotionally disturbed man whom they thrust on the Throne of Peter. Each and every day things come out of Rome denigrating, mocking and humiliating the See of Peter. Nearly every day we see the Pope of Rome saying one thing, and then another. One moment we hear of him denouncing gender ideology, then we hear that active homosexuals are rampant in Rome. Behind all of activity is a scheming mind/s that is exploiting the instability, the weaknesses, the theological confusion of Francis.
Pray for the Pope, pray for the Church.
Posted by Barona at 13:12

Email ThisBlogThis!Share to TwitterShare to FacebookShare to Pinterest
Labels: Crisis in the Church, Protect the Children, Vatican News

If the Vatican doesn't move in the same way it has with Cardinal Pell, then it truly is just a show. Cardinal Pell was getting in the way in the Vatican, so he was conveniently called to Australia to face his charges. Charges that are from decades ago, and with hardly the proof as in the case of Carlo Capella.