BREAKING: Mother of three gets six months in jail for praying Rosary against abortion 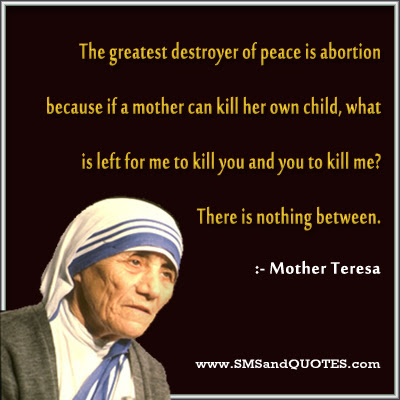 The Liberal government of the Province of Ontario is set to enact legislation that would see a non-violent protester against abortion jailed for six months. Meanwhile, the City of Ottawa has banned any pro-life flag to fly on City property. This is called fascism.

Let us move a year into the future and see how intrinsically evil this legislation is, and its sinister implications.

Mrs. Teresa Prolife has a button on the lapel of her jacket that says "Abortion is wrong", and quietly stands on the street with her Rosary praying quietly. She is about 50 meters (150 feet) away from a private abortion facility (incidentally in violation of  the Canada Health Act - but of course in the case of abortion, women must have "access").

Suddenly, two police cruisers arrive.  Four large, burly, heavily armed police get out wearing flak jackets. Informing Teresa she is breaking the law, they remove the little button from her lapel and confiscate her Rosary as "evidence". Teresa is then handcuffed and taken to the local police station. She is then strip searched by a police woman, and held overnight.

The following morning, she is taken in handcuffs, to the local courthouse and arrayed on charges. Mrs. Prolife has three young children, who were without their mother the previous day and night. Mr. Thomas Prolife posts bail. Teresa embraces her weeping children, as her ten year old daughter, Jennie cries out:" why did they arrest you mommy? You were only praying for babies"! Why are these police so evil"! Are they Nazis, mommy"?

Two months later, Teresa received a six months sentence. Handcuffed, and dressed in orange overalls, she was removed from the courthouse to prison like a common criminal, as her children wept, comforted by her husband, Thomas.
Posted by Barona at 17:36

Are they Nazis? I can answer that in the affirmative. The college that inaugurated women's studies in Canada and supported the creation of Henry Morgentaler's abortion clinic had a strong cohort of ratline kids. The money and political cover for Morgentaler's criminal activities came from their Nazi parents and masonic associations. Teflon Henry was very well protected and endowed by these fascists. The patron saint of that college was Margaret Sanger, a eugenicist admired by Adolph Hitler.

Fascism is not the correct label: it must include a component of government ownership of the commerce. Labeling with an emotional twist (nazis) does little to wake people up.

I've been accosted by police at killing mills; it isn't safe for sure.

NO animal in nature kills their future generation in the womb. Nature reproduces itself.

Firstly, I must thank you for your bravery in defending life, and standing up to police brutality. I would ask you to consider, though the definition given to fascism by MUssolini. When the State decides morality, when the State moulds the Nation... there you have fascism.

Regarding commerce itself; yes, the government in financially involved in the promotion, procuring and defense of abortion.

Reclamation of our society for Christ will only occur when the Ontario Bishops break their unseemly silence - and act like men.

Only through their own martyrdom, that is, paying the cost of discipleship by immersing fully in the genuine Pascal Mystery of Christ, will their be authentic leadership and Christian renewal.

The quietism of the Catholic Bishops in Ontario is the catalyst in the present deconstruction of Christianity in this Province.

As well, the Ontario Bishop's deliberately vague and tepid 'lip service' statements regarding the sanctity of human life, coupled with their assiduous avoidance of any contratemps with the Government of the Province of Ontario, is most disappointing - and sickening.

Should the 'spiritual leadership' of the Province of Ontario continue in their policy of worldly diplomacy, they will merely end their careers presiding over the collapse of the local Church, the extirpation of Christian culture - and, ultimately, render their own offices redundant...