St. John of the Cross on letting the Interior Life feed the Active Life 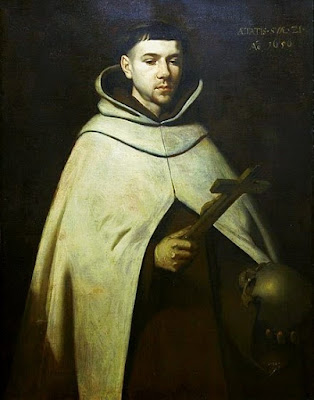 The following comes to us from the saint's Spiritual Canticle.


“Let the men eaten up with activity,” he says, “and who imagine they are able to shake the world with their preaching and other outward works, stop and reflect a moment. It will not be difficult for them to understand that they would be much more useful to the Church and more pleasing to the Lord, not to mention the good example they would give to those around them, if they devoted more time to prayer and to the exercises of the interior life. “Under these conditions, by one single work of theirs they would do far more good, and with much less trouble, than they do by a thousand others on which they exhaust their lives. Prayer would merit them this grace, and would obtain for them the spiritual energies they need to bring forth such fruits. But without prayer, all they do amounts to nothing more than noise and uproar; it is like a hammer banging on an anvil and echoing all over the neighborhood. They accomplish a little more than nothing, sometimes absolutely nothing at all, and sometimes downright evil. God save us from such a soul as this, if it should happen to swell up with pride! It would be vain for appearances to be in his favor: the truth is that he would be doing nothing, because no good work can be done without the power of God. Oh, how much could be written on this subject, for the information of those who give up practicing the interior life, and aspire to brilliant works which will put them up on a pedestal and make them the admiration of all. Such people know nothing at all about the source of living water, and of the mysterious fountain which makes all fruit to grow.”