St. John the Baptist:defender of the truth and sanctity of marriage, to the point of imprisonment and death 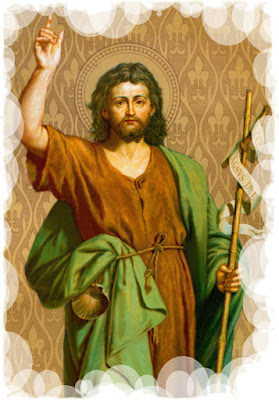 Saint John the Baptist is above all a model of faith. Following the example of the great Prophet Elijah, in order to listen more attentively to the word of the one Lord of his life, he leaves everything and withdraws to the desert, from which he would issue the resounding call to prepare the way of the Lord (cf. Mt 3:3 and parallels).

He is a model of humility, because to those who saw in him not only a Prophet, but the Messiah himself, he replied: "Who do you suppose that I am? I am not he. No, but after me one is coming, the sandals of whose feet I am not worthy to untie" (Acts 13:25).

He is a model of uprightness and courage in defending the truth, for which he was prepared to pay in his person, even to the point of imprisonment and death.