In the presence of His Eminence, Thomas Cardinal Collins, a Solemn Mass according to the Extraordinary Form (Usus antiquior) of the 1962 Missal as promulgated by St. John XXIII will be offered in celebration of the:

75th Anniversary of the Ordination to the Sacred Priesthood
of the Very Reverend Monsignor Vincent Foy. 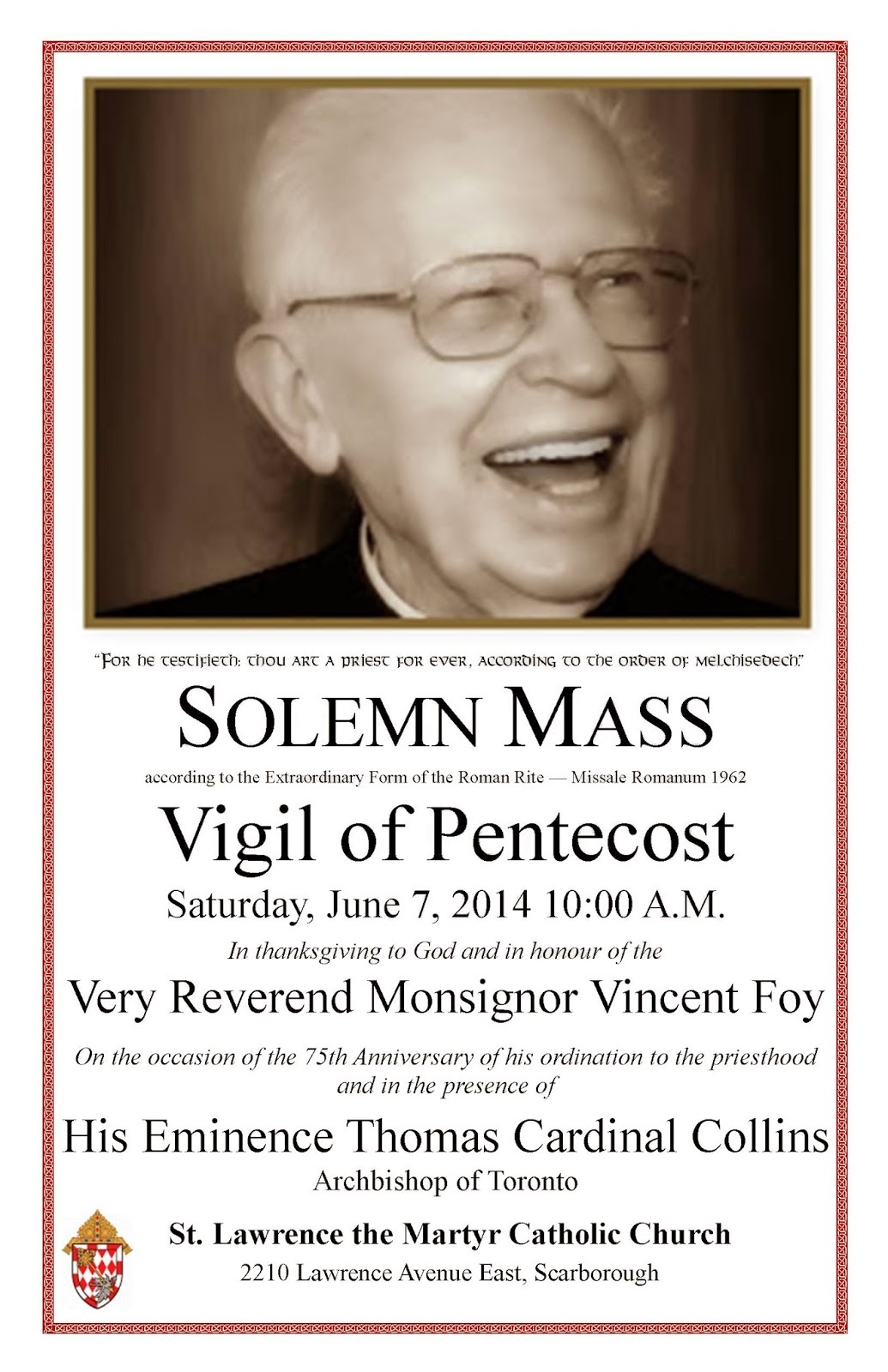