O Canada: the tragedy of a Nation without God 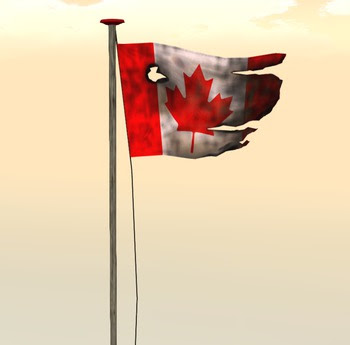 July 1st marks Dominion Day in Canada. Infinitely more importantly, for a Catholic, it is the Feast of the Most Precious Blood. May the Precious Blood of Christ be poured out upon this poor country.

Our Lord reigns over every nation, and all peoples are called to belong to the supranational Kingdom of God, which reigns infinitely supremely above each and every nation. Today, Canadians should reflect how far Canada has turned away from God, from His laws, from his Church. Consider:

What can one say of a country that allows babies to be killed as they are being born?

What can one say of a country that promotes the abomination of homosexuality?

What can one say of a country that has created "laws" stating that persons of the same sex can "marry"?

The Fascist State, the highest and most powerful form of personality, is a force, but a spiritual force, which takes over all the forms of the moral and intellectual life of man. . . . It is the form, the inner standard and the discipline of the whole person; it saturates the will as well as the intelligence... the Fascist conception of the State is all embracing; outside of it no human or spiritual values can exist, much less have value. Thus understood, Fascism, is totalitarian, and the - a synthesis and a unit inclusive of all values - interprets, develops, and potentates the whole life of a people...