Antonio Spadaro S.J., the neo-modernist mastermind behind the Bergoglio Papacy, once again imposes his will in a Peronist fashion as he openly campaigns to undermine the efforts of Robert Cardinal Sarah to correct liturgical error. One of Rome's leading "adulterist" advocates, now is conducting a social media campaign against the Cardinal and in favour of false, modernist liturgical principles. False reforms that have all but destroyed the Mass in its Ordinary Form.

It is outrageous that a mere priest is openly attacking and contradicting a Prince of the Church with impunity. It is outrageous that he is joined by the likes of the English language spokesman for the Holy See Press Office Thomas Rosica, CSB in disseminating this modernism. Now, we have spokesmen not being spokesmen, but mouthpieces and pawns in the hands of the likes of Spadaro. But these men can do so because they have papal protection.

This scheming shows us precisely that the neo-modernists have seized all the levers of power in Rome, and have no fear in openly flaunting it. Moreover, they now seem to be adapting a tactic of promoting then, openly humiliating and degrading those who speak out as Catholics. The Pope of Rome, to avoid any misunderstanding must immediately defend the Cardinal and remove Spadaro and his creatures, such as Thomas Rosica. The Pope of Rome needs to publicly apologize to Cardinal Sarah. 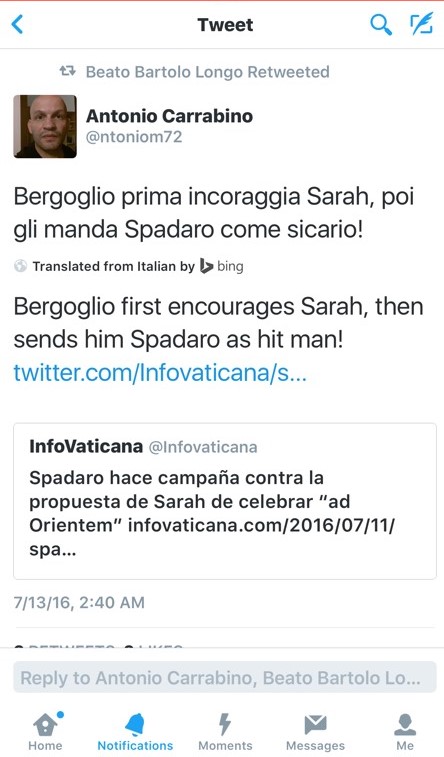 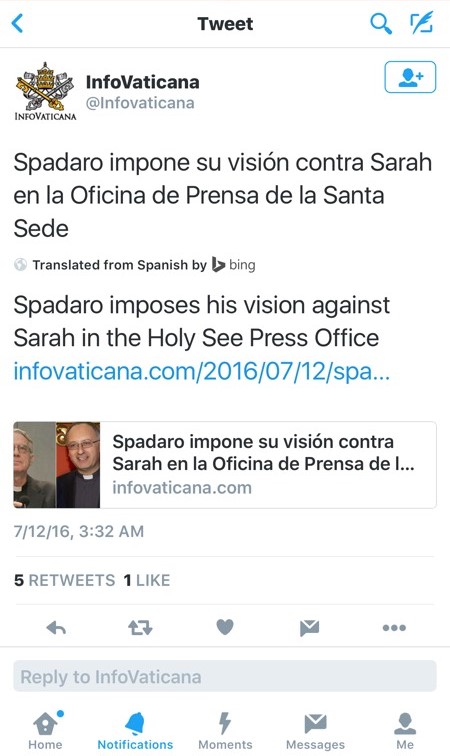 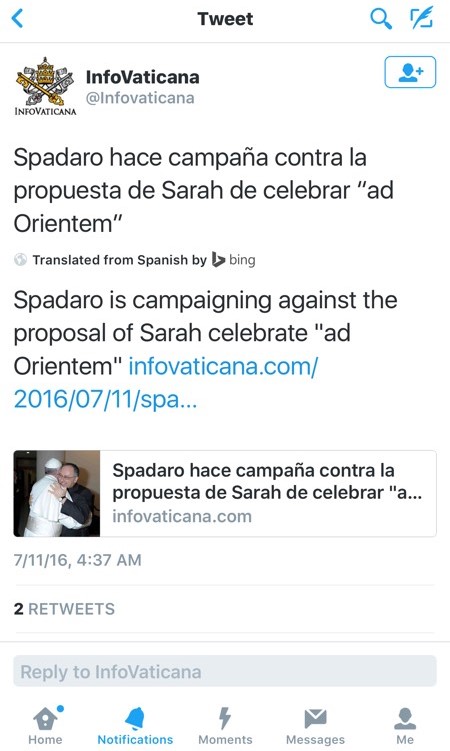