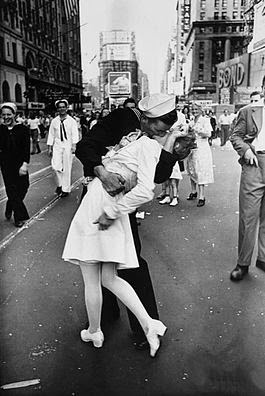 The way wars end has changed remarkably in my lifetime. Who can forget Alfred Eisenstad's iconic photo capturing the joyous atmosphere of VE Day. There was literally celebrations in the streets. Moreover, there was a return to life... witness the post war baby boom. The war came to a conclusive end with the surrender of Germany and the complete collapse of the Nazi regime. There were stories to be told and the post war years saw a spate of war movies.

However the next wars were far more ambiguous and their endings far less conclusive. The Korean war was the first of the cold war conflicts and its ending was a negotiated armistice after the war came to a stalemate. There was no clear and overwhelming victory. The country remains divided to this day and while the independence of South Korea was maintained, the conflict remains simmering today with occasional outbreaks of hostilities. The war itself has a rather mixed image in the minds of many, perhaps thanks to the television series M.A.S.H. which portrayed both the heroic and seamy sides of war.

Vietnam was my war and the reason I am in this country in the first place. For the first time people could watch the war in the comfort of their own living rooms and many did not like what they saw. It was not a universally popular war, spawning an antiwar movement that was vocal and persistent. Nixon's policy of Vietnamization gradually reduced US involvement and saw the return of many troops. Nixon had managed to get the cooperation of South Vietnam in the peace negotiations by implying that the US would resume bombing if there were any violations. On January 27, 1973 the Paris Peace Accord was signed, supposedly ending the war. In June of that year Congress passed legislation prohibiting further military involvement in Vietnam without prior approval. The conflict changed but was hardly ended because both sides routinely violated the accord. The Americans maintained military advisors and embassy staff in Vietnam until the fall of Saigon on April 30, 1975. In reality Congress ended the war because without the withdrawal of funds and congressional support the US could easily have been drawn into further precipitous action.

So far the Iraq war has followed the pattern of Vietnam with some very interesting twists. The US was very clearly warned about embarking on a unilateral invasion of Iraq. Pope John Paul II had this to say to President Bush during an audience with him in January 2003.

And what are we to say of the threat of a war which could strike the people of Iraq, the land of the Prophets, a people already sorely tried by more than twelve years of embargo? War is never just another means that one can choose to employ for settling differences between nations. As the Charter of the United Nations Organization and international law itself remind us, war cannot be decided upon, even when it is a matter of ensuring the common good, except as the very last option and in accordance with very strict conditions, without ignoring the consequences for the civilian population both during and after the military operations.

In the April 2003 issue of 30 Days, Cardinal Ratzinger said


First of all it was clear from the very beginning that proportion between the possible positive consequences and the sure negative effect of the conflict was not guaranteed. On the contrary, it seems clear that the negative consequences will be greater than anything positive that might be obtained. Without considering then that we must begin asking ourselves whether as things stand, with new weapons that cause destruction that goes well beyond the groups involved in the fight, it is still licit to allow that a “just war” might exist.      Cardinal Ratzinger, 30 Days

The war began on March 20, 2003 with the invasion by US troops. In December 2011 the US completed its withdrawal of troops and turned the war over to Iraqi authorities. Today Iraq faces complete collapse and civil war while President Obama contemplates sending up to 300 troops back to Iraq in a training and advisory capacity and embassy security. Is any of this starting to look familiar? 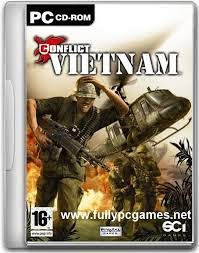 The US has learned some lessons from previous wars but not the most important ones. We will never again be able to watch our soldiers die on the evening news but they will still die. At least we can see the aftermath of the war because the US has little control over news reports from Iraq these days.

This too shall pass into the public consciousness the way the Vietnam war has. I can still return to my home town and read the names of the people I went to high school with on the war memorial at the back of the church. Meanwhile I am treated to the unspeakable perversion of seeing the war they died in portrayed in games that I can play on my computer.

Email ThisBlogThis!Share to TwitterShare to FacebookShare to Pinterest
Labels: War and Peace

God draws good out of evil; hopefully, somehow, the Kurds will be able to fashion a fledgling State; even though parts will still remained occupied by Turkey and Iran.

Interestingly, no country that has a border dispute is to belong to NATO; we can presume that the freedom-loving NATO-ites have long written off self-determination for the long suffering Kurds.

God does bring good out of evil. My Viet Nam war vet friend, Bill, was baptized just before he died after living a very rough life. He had a baby daughter by a VietNamese girl -- both were tragically killed when President Nixon forgot to send him the memo that the war was over. He barely escaped with his life. But he fathered a boy -- also suffering from the effects of Agent Orange, and then had a granddaughter. She was utterly the joy of his life. I guess she was the consolation for the loss of his baby in Viet Nam. He used to read the psalm, "The Lord is my Shepherd" every day. That I noticed this ultimately led to his conversion. He was a man full of painful memories who longed for God. He had a tattoo on his arm: a heart with two spaces below, one with his name, "Bill" and one was blank. It was intended for his sweetheart, someone he never met. I used to tell him to imagine Jesus' Name next to his name. I think he did.

That was Bill, but Lawrence and I also have a dear friend in the Legion of Mary - Minh Hoang. He was an officer in the South Vietnamese army. When the war was over, he was imprisoned for a time by the Viet Cong, but eventually he and his family came here. You can tell he was in prison because he had two adult sons, and two little girls (same wife). Minh and I used to do door-to-door evangelization together, and he would always say I drive "fast, very fast." The ex-South Vietnamese officer still goes about trying to save American souls. And he's a Catholic convert from Buddhism!
Thanks to his wife, Tammy Vu. What an ally to have when you knock on the Buddhist family's door.

And then there's my mother. She favored the Viet Nam War when I was a child because the South Vietnamese were largely Catholic, and she thought someone should defend them. We did until we pulled out.

Mom was right. Almost every South Vietnamese Catholic that we knew had a martyr in his family, an uncle, a cousin, someone who died for the Catholic faith. They are remarkable people.

Thanks for the memories Freyr. What a tragedy that we got Barack Obama for a leader right when we needed to stand the course in Iraq. We just can't imagine the suffering in that country. There will be many martyrs there as well. Obama was told by his advisers not to pull out. He ignored them.
God bless you. Susan Fox www.christsfaithfulwitness.com