JUDAS KISS: Why are Canada's Bishops SILENT as a Christian rots in Jail for keeping his church open? 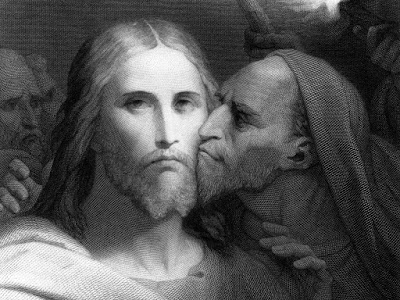 How many of you are aware that a separated brother rots in jail in "conservative" Alberta for daring to keep his church open?

How many of you are aware that the Catholic Church in Canada is SILENT on this, that we have NOT HEARD a peep from even ONE bishop?

To the contrary, the bishops have agreed to become a propaganda arm of the atheistic government, and help in "rolling out" experimental mRNA and DNA gene therapies [in contrast to a vaccine which by definition is an inoculation that contains weakened parts of the pathogenic organism that stimulates the immune system to create antibodies or activate T lymphocytes capable to control the invading pathogen) whilst this brother rots in jail for defending God's rights. 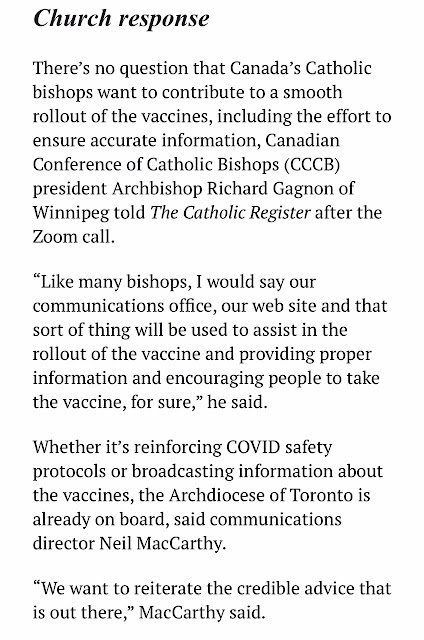 Since these bishops remain silent, we turn once again to outraged separated brothers in Florida for their refection on the present state of "totalitarianism in Alberta", as Bishop Fred "The Lion of Calgary" Henry prophetically called that Province a few years ago. Since his forced "retirement", it should come as no surprise that his writings have been scrubbed from the Diocese of Calgary, the bishop is now a pariah, "canceled" and cast into outer darkness.

The churchmen have been virtually silent on abortion over the past 50 years. Men who are silent on abortion will hardly speak out against the "pandemic is the black plague" lie, or lock downs that are facilitating a massive increase in suicide, mental illness, domestic violence, and destroyed businesses.

Men who are silent on abortion will hardly oppose atheistic government officials and caved to so-called "orders" to shut churches, and hand over control of Liturgical rites.

The churchmen - to try to cover their scandalous misbehaviour - claim their support of lock downs is to save lives. But is it? With abortion going full swing during this "time of pandemic" it is hard to believe the claim that lock downs are to save lives. Nor is it easy to believe that these same government officials really believe their own lie, when they encourage people to masturbate each other through a hole in the wall during the "pandemic". Or, that they keep liquor, beer and pot shops open. On all of these the bishops are dead silent for they know full well that if they re-opened their churches, put up a fight the tax exempt and handout "good times" party would be over.

And now we can see what happens when you are bought and paid for. The bishops (de facto government agents on the pay role) are prepping us for a huge agitprop push to promote gene therapies (falsely advertised as "vaccines") for a virus which has a survival rate of well over over 99%. These same bishops will even push children to receive this gene therapy (the long term effects of which WE DO NOT KNOW!). Such is their complete sellout to the atheistic, Absolutist State.

Let us not forget there is a REAL pandemic going on in this country: it is the mass killing of unborn children.

Friends, it is easy to be discouraged and angry. DO not fall into that trap, set by the devil. Be of great joy, for God is using this crisis to expose the evil, reveal the frauds, unmask the imposters. A crisis reveals the real person. Friends, this crisis is revealing what each one of us is: from the Pope down to the layman. We are seeing who places his trust in Jesus Christ and who places his trust in man. We are seeing who believes in truth and will stand up for it. We are seeing those who have been seduced by lies. We are seeing those who may yet secretly believe the truth but are too fearful to confess and stand up for it. Let each one of us pray that he be with Jesus Christ and the Truth.

CARDINAL COLLINS GIVE US BACK THE MASS

IT IS THE MASS THAT MATTERS!

ST. JOHN FISHER PRAY FOR US

ALL YE HOLY MARTYRS OF ENGLAND AND WALES, PRAY FOR US

Archbishop Lenga: The coronavirus is being used to break Catholics' consciences regarding reception of Holy Communion

"Communion in the hand is part of a diabolical attack on the Eucharist"  H. E. Robert Cardinal Sarah His Grace, Archbis... 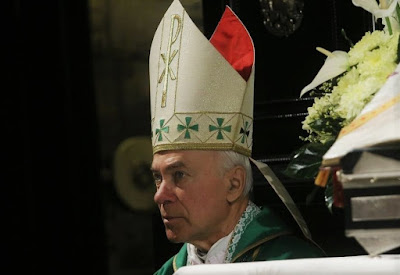