Do we love our brothers? 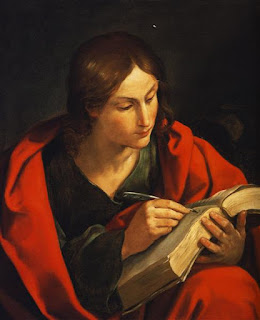 From St. Augustine's 9th Homily on the 1st Epistle of St. John:

"For he that loves not his brother whom he sees, how can he love God whom he sees not? And this commandment have we from Him, that he who loves God love his brother also." 1 John 4:20-21 Marvellous fine talk it was, that you said, "I love God," and hate your brother! O murderer, how do you love God? Have you not heard above in this very epistle, "He that hates his brother is a murderer"? 1 John 3:15 Yea, but I do verily love God, however I hate my brother. You verily do not love God, if you hate your brother. And now I make it good by another proof.

Brethren, I am never satiated in speaking of charity in the name of the Lord. In what proportion you have an insatiable desire of this thing, in that proportion we hope the thing itself is growing in you, and casting out fear, that so there may remain that chaste fear which is for ever permanent. Let us endure the world, endure tribulations, endure the stumbling-blocks of temptations. Let us not depart from the way; let us hold the unity of the Church, hold Christ, hold charity. Let us not be plucked away from the members of His Spouse, not be plucked away from faith, that we may glory in His coming: and we shall securely abide in Him, now by faith, then by sight, of whom we have so great earnest, even the gift of the Holy Spirit.

In an ideal world, everyone would get along. We need not like nor get along with each and every single person, for many reasons, which only God and ourselves are privy to.

Please, God, imbue us all with the grace of true charity!