Archdiocese of Toronto covering up abortion and homosexual propaganda in schools?

I have written about the open dissent of the Ontario English Catholic Teacher's Association (OECTA). I have pointed out how they promote "Gay-Straight Alliance" clubs, promote homosexuality; dissent from Catholic moral teachings; dissent on the Sacraments and Doctrine (including the support of priestesses etc.), promote abortion etc., etc. These grave errors are not new, but have been going on for years. What has changed over the past few years is the open, "in your face" promotion of evil. The primary example would be the aggressive advocacy of homosexuality. 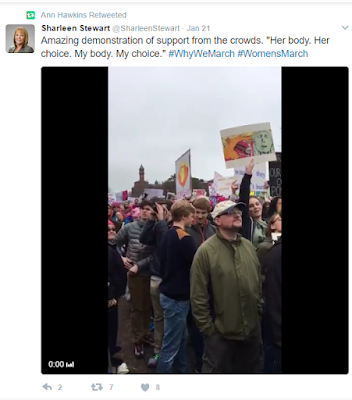 Now, The Catholic Register (the official Archdiocesan newspaper) carries an article by John B. Kostoff entitled, "Catholic schools are a vehicle for faith journey". Amongst other things, Kostoff, referencing sociologist Reginald Bibby, admits that most Catholics in the education system dissent on the Faith. Naturally, Kostoff does not phrase it this way, but rather sees each student on "...their faith journey". Kostoff also does not want to "challenge" Catholics, or "set the "bar too high on who is or who isn't Catholic". Kostoff also admits that "...many students skip Mass", but they "still care about their faith".

It may be news to Kostoff, but Our Lord Jesus Christ has set the "bar": those who love Him must heed His Commandments. Faith without good works is dead. Not attending Sunday Mass is a Mortal Sin. Rejecting the Teachings of the Church because of some "faith journey", is another Mortal Sin. Ignorance may mitigate circumstances (ignorance hugely in part because of deceitful and unCatholic OECTA teachers openly teaching error and heresy to woefully uncatechized children under the noses of bishops and priests), but these evils are always and everywhere objectively grave sins.

The Catholic Faith is not pick and choose; it is all or nothing. Perhaps Kostoff could provide us with what he means by the "...bar too high...". Just what is he implying? Perhaps he can explain to us how having "gay" Rainbow flags of homosexual propaganda at schools such as Cardinal Carter Secondary School and Loretto College help students' "faith journey"?

Kostoff then concludes with a story of the deceased sociologist and dissenter, Andrew Greeley. In essence, we are all going to Heaven; it does not really matter what we believe or do. To the contrary sin exists and has real consequences. For unrepentant sin, the final consequence is being deprived of God's Presence, it means an eternity in Hell. But how many believe in Hell anymore?

It would be bad enough for The Catholic Register to publish such a false and perverted picture of the Faith and Catholic education in Ontario. However, it reaches the level of public scandal, given that Kostoff is the Executive Director of the Ontario Catholic Supervisory Officers Association (OCSOA). A brief review of the OCSOA Twitter account tells us everything we need to know. They give a ringing endorsement to pro-abortion and pro-homosexual/gender ideology promoter, former OECTA President Ann Hawkins.

As I noted a few weeks ago, Hawkins re-tweeted a video of a callout for abortion at "Women's March". More recently, Hawkins was photographed raising aloft the "gay" Rainbow Flag. Readers should also note that at their AGM of this year, OECTA saw fit to display two - yes, two! - "gay" Rainbow flags. For all this OCSOA praises Ann Hawkins. But we should not be surprised. After all, the OCSOA endorses and links to via their website, the dissenting "All God's Children", which includes a pro-homosexual stance.

Dear friends: OCSOA cannot not know that OECTA is a militant political Union, heavily infiltrated with dissenters from the Faith. The pro-homosexual stance; the open dissent on Doctrine etc. is all public knowledge. Likewise, it is not possible that The Catholic Register is unaware of this dissent and public scandal of OECTA promoting homosexuality and heresy. If, perchance, they are unaware - there is only one course of action: the immediate resignation of the Publisher and Editor.

We see how the entire decadent structure of "Catholic" education is supported and encouraged by the Archdiocese of Toronto. Let there be no doubt about it: the Chancery, the various chanceries around Ontario, the Catholic officials ARE the problem. The Catholic Register is a material accessory to the lies, the deception, the cover-ups regarding the corruption and moral decadence of OECTA and OCSOA. 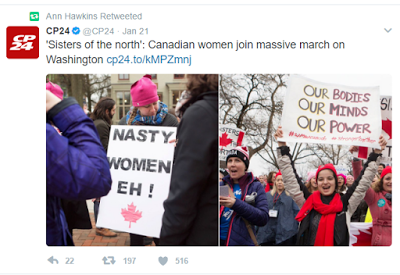 We can no longer hide from the reality that the Catholic churchmen of Ontario are fully aware but are doing nothing about the corruption and decadence in Catholic schools.

It would truly be astonishing if Cardinal Collins was unaware of OECTA's public dissent on issues of sexual morality. Likewise it would be astonishing if the Publisher and Editor of The Catholic Register were unaware. Are they really unaware that "gay" Rainbow flags are displayed at Catholic schools? Are we really to believe this?

There is only one possibility that explains the silence of leading churchmen, barring they are themselves heretics and dissenters. Is it possible that the Chancery, the Catholic churchmen are doing nothing to stop OECTA, OCSOA and their various allies because deep, dark secrets are known by these organizations regarding sexual indiscretions by priests, and even higher ranking churchmen?

Catholics need to start asking very serious questions: why is OECTA getting away with the spiritual murder of children? Who is allowing this? Why are they allowing this? Why are they not denouncing OECTA and OCSOA? Do they support OECTA and OCSOA and the promotion of homosexuality and the active undermining of the Faith? Or, is there another reason for this ominous silence? You dear readers, decide for yourselves.
Posted by Barona at 05:00

OECTA's actions are not news, but one must remember that OECTA does not determine or implement curriculum. The "leaders" in school boards are the ones who have the influence on what happens and does not happen in the Catholic classroom. They need to be exposed and held accountable. Of course our bishops are in the same boat. As a faithful Catholic school teacher, the most influential group at in leadership at the school boards. They need a spotlight on their use of power to promote heresy.

My understanding is OECTA administers the "religious" education credentials of teachers. You are correct in that the Boards play a major role. Nonetheless, from my information it is a fusion of OECTA and the Boards. We saw this over the GSA fiascos. We saw this back in the 90s when the Boards and OECTA implemented - with the tacit approval of the emasculated hierarchy - the immoral Sex Education 1.0.

I always found it quaint with the indignation of some against 2.0, but silence and pandering re: Ver. 1.0. My reading of the two programmes showed virtually no difference. Both are gravely immoral and evil.

OECTA does indeed offer the Religious qualification courses we all are required to take. Teachers with faith do not take them seriously; they are a necessary evil, unfortunately. Personally, the part 1 course I took several years back was so ridiculous, it served to awaken my own search for Truth, which was a lonely, slow and difficult process. Catholic Insight and Challenge Magazine each played a significant role in the process.

Orthodox Catholic teachers in Ontario are few in number, isolated, marginalized, sometimes persecuted. Those I know focus on their classroom where they strive to make a difference in the youth before us. We rarely know if we make any positive difference, however, yet we continue. We receive rare thanks from the few faithful students and parents we encounter.

I have never participated in the AGM, other than to apprise a rep I know of how they should vote. None of us can do all that others would have us do, or notice.

The Catholic teachers who ignore anti-Catholic curriculum, and deliver authentic Catholicism keep a low profile and do not speak out so as not to alert admin who often will punish or/and remove the teacher. In my personal experience, the greatest harm is done by administrators who enforce the party line. OECTA has not been the greatest culprit. My point in the first comment was merely to point this out. Many schools and individuals do untold harm in the mistaken belief they are "living the gospel", and receive much encouragement for their efforts.

Dear anonymous you are describing a fascistic situation that needs to be confronted.

If you have any evidence that you would consider making public please contact me at torontocatholicwitness@rogers.com

The people who work in the chancery office of Toronto and those who work for these "Catholic" organizations live in an information bubble. They refuse to see the evidence of corruption or they dismiss it as a crazy "right-wing" conspiracy theory. It will take a very embarrassing international media incident for anything to change. Keep up the blogging.

I must also remain, "anonymous." I know a Catholic teacher in Ontario who has been sent for "re-education," by homosexuals to teach him sensitivity. He spoke about the truth in his non-religion class and has been persecuted for it, suspended even. So, why does he not quit? He needs to shut up and take their money so he can feed his many children, (home schooled by his teacher wife), so that they can change the world. His calling is not to fall on the sword for Catholic education, but to raise up Saints.

This is the truth that many faithful Catholic teachers find themselves in. The reality is, there are only so many MMOG schools to go around and you cannot raise a family on the pay, and we wall know about what's come out of that Parkdale treasure, don't we!

Anonymous 10:34, MMOG is NOT a good school. Look at the fruits: lesbianism, sexual libertinism, gross vulgarity, immorality, obscenity, apostasy..... I know, for a FACT. So yes, I know the "Parkdale treasure" very, very well.

I most strongly advise parents to avoid that school at all costs.

It's surreal how many women are lesbian or bi-sexual (liking women more then men) nowadays.
Its confusing because the Bible says man and woman were created for each other yet women love women and are literally not attracted to or are repulsed by Men.
I stay in good shape & take care of myself physically but I realize women are not attracted to me.
The situation in these schools is simply a reflection of what's going on in society.If women are lesbians,its only logical that it will be accepted and embraced as normal.
Its still a mortal sin and it doesn't make it right,do not get me wrong.
Don't expect any conciliar institution to teach profess or believe the Catholic faith.