St. John the Evangelist - the Ordinariate in Calgary 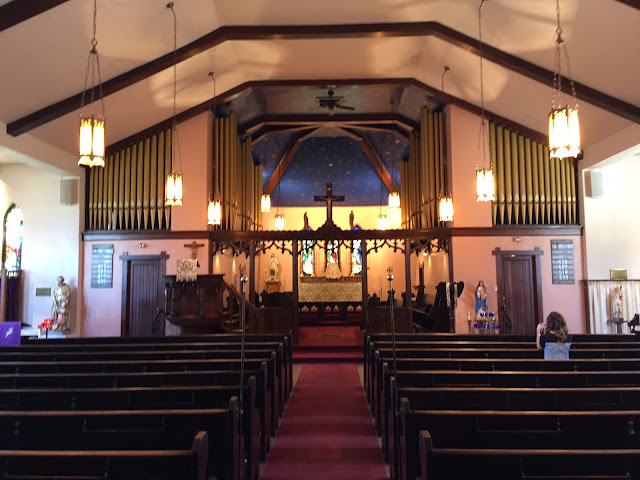 The Ordinariate in Calgary, St. John the Evangelist parish, is a wonderful small church in Inglewood, the oldest neighbourhood in Calgary. It is where I now attend Mass. The Fraternity of St. Peter too, has a parish, but, as with an increasing number of Latin Mass "traditional" parishes, suffers from a growing Manicheanism, Jansenism and a delusional 1950s "Catholicism", that actually never existed.

The difference between the vibrant Ordinariate parish and the puritanical Fraternity parish is obvious, where women dressed in "Catholic" burkas, stalk the isles. Utter silence pervades the church; only when Mass is over, when the priest recites the Prayers after Mass is there any response, is there any awareness that anyone is actually in the church besides Christ in the Tabernacle. 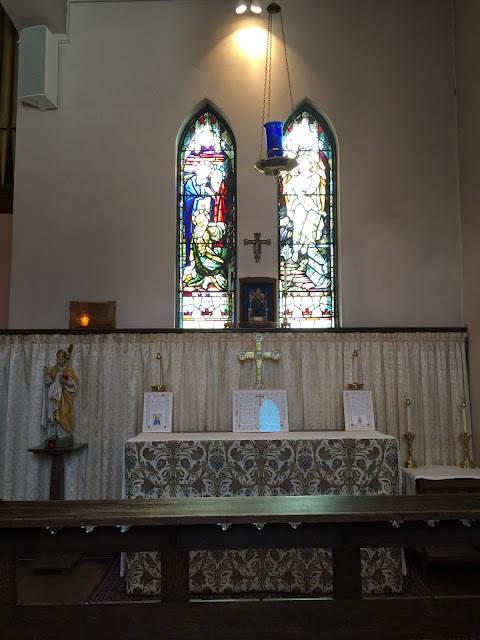 Please pray for the Ordinariate. Will they crash off to the "left", just as the Conciliar church, religious orders, the SSPX and the FSSP have? It is inevitable that until the Pope comes to his Catholic senses, the rest of the Church is, at best, treading water, if not slowly drowning. Place not your trust in a group, a person, a personality cult, a liturgical fetish, but in Jesus Christ alone. 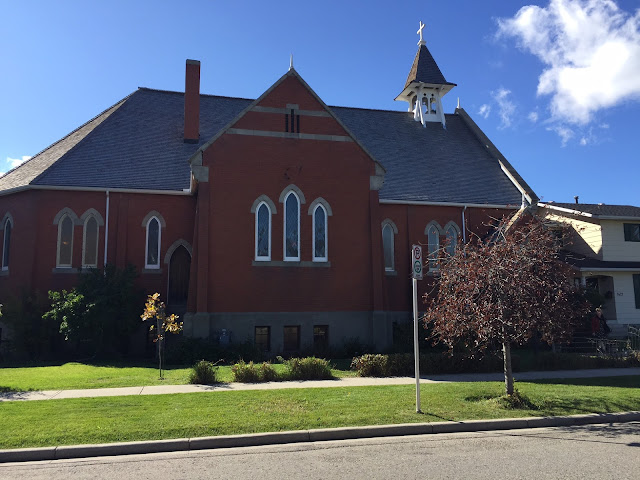 I migrated to the Ordinariate several months ago, i.e., to the Fellowship of Blessed John Henry Newman (Victoria). We are a small (avg. 60 on Sundays) but steadily growing group. Several families with children and grandchildren have joined in recent months.

I have to agree in large part with your critique of "traditional" communities. Too many traditional communities, or is that "traditionalist" parishes, define themselves by what they oppose instead of merely lauding the truth, goodness and beauty of the EF Mass.

The Ordinariate Divine Worship (Mass) is beautiful: ad orientem; chant; sacred polyphony; orthodox hymnody and preaching. Among the congregants and priests there is a real sense of awe and reverence for Christ in the Liturgy. In a small community, it is easy to acknowledge that 100% of the people believe in the Real Presence!

So glad that you have found a home! Prayers going up for Calgary and the Ordinariate.

Ain't it the truth. Glad you've found a moment of calm. Back in TO, the storm rages.

I couldn't quite tell if you were joking with this post. But women in "Catholic burkas"? Women are commanded by Scripture to cover their heads in church. "Utter silence"? People are not supposed to be talking, chit chatting at the Foot of the Cross. Disrespect for God is exactly why people leave the Novus Ordo for TLM parishes, and it is why I left a diocesan TLM for the SSPX. What an utterly evil thing to say.

Your ridiculous insults of "puritanical' and "Jansenist" are what liberals like to throw at faithful Catholics who actually care about upholding respect of the Lord's House and living a morally upright life, because they themselves usually live in mortal sin and thus can only attack those who defend the Truth. While I cannot say that includes you personally, it makes me wonder. What has gotten you so angry about faithful traditional Catholics Barona? What has happened to you lately? I pray you come to your senses.


As a convert and an enthusiastic member of the parish of St. John the Evangelist in Calgary, it’s a delight to read good things about our community. However, I can’t believe my eyes when I read that the local FSSP parish is described as puritanical and I do feel some responsibility in coming to the defence of our dear brethren at St. Anthony’s. This is not at all what my family and I have experienced there. In the last year we’ve had occasion to visit St Antony’s at least a half dozen times for mass. We’ve always been greeted with hugs from friends and smiles and handshakes from strangers. We feel quite at home when we are there: fine clergy, a beautiful schola, a battalion of altar boys and cheerful fellowship after mass.

I won’t list all the occasions, but if one observes closely - there is not an insignificant amount of cross pollination between the two parishes.

Calgary is blessed to have both of these vibrant and faithful parishes. I pray that all cities in Canada are as blessed.

As for the Ordinariate possibly crashing to the left, all I can say is that we are firmly affixed to the Chair of St. Peter. I can’t imagine our fingers being pried from the treasure we now (and finally) possess. If people thought we were difficult before as Anglo Catholics in the Anglican Church, well you should see us now…

Thank you for your prayers,