BREAKING: Bishop Luc Ravel to be "punished" by French Ministry of Defense for denouncing abortion as "a weapon of mass destruction" 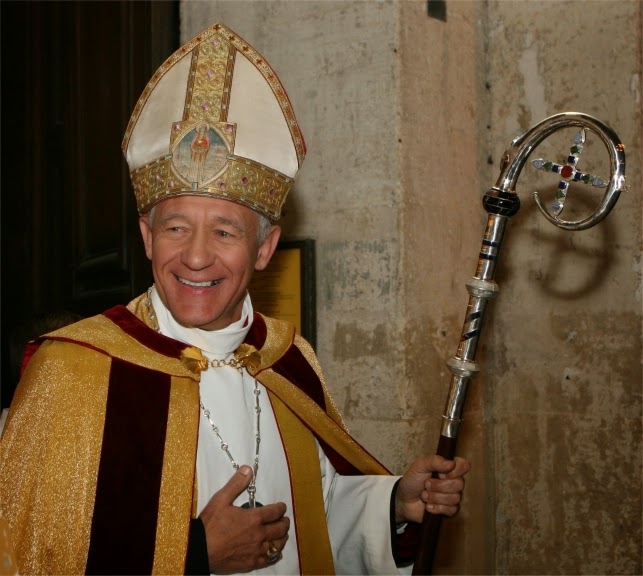 His Excellency, Bishop Luc Ravel, a Catholic bishops in the French Military Ordinariate is to be "punished" by the French Ministry of Defense, for his writings. He has also been told to cease using any emblems identifying himself with the army. The bishop apparently in his words and actions, contradicts "republican values". No doubt, as a good Catholic he does. But then, so did the thousands who were slaughtered by the Revolution...

"...Christians feel shackled between two ideologies. On the one hand an ideology that is a caricature of God, which has contempt for man. On the other hand, an ideology that manipulates man, despising God. On the one hand, we have those who are declared and known: the terrorists of the bomb, the Prophet's avengers. On the other hand, we have terrorists of thought, the proponents of secularism, the admirers of the Republic. In what camp is a Christian to find himself"?

"We do not want to be held hostage by Islamists, but we also do not want to be slaves of correct thought. Islamic ideology has led to 17 victims in France, but the ideology of thinking correctly [political correctness] creates annually two hundred thousand victims in the womb of the mother. Abortion has become a fundamental right and a weapon of mass destruction "

[Note: Unfortunately, the need to post this seems necessary, as our translations are being used without us being credited by blogs and news agencies. Once again: All may use the following translation, in whatever medium, but you must credit Toronto Catholic Witness. You do not have permission to redistribute our translations to third parties. Thank-you.]

I agree They are both 'weapons of mass destruction'. One on a small scale and the other on a large "State Sponsored Scale".

God bless the bishop! Displeasing the secularists in France is something to be proud of. I think God must be pleased with those who protect the unborn even when it costs them worldly prestige!

And the birth control pill is a cluster bomb.